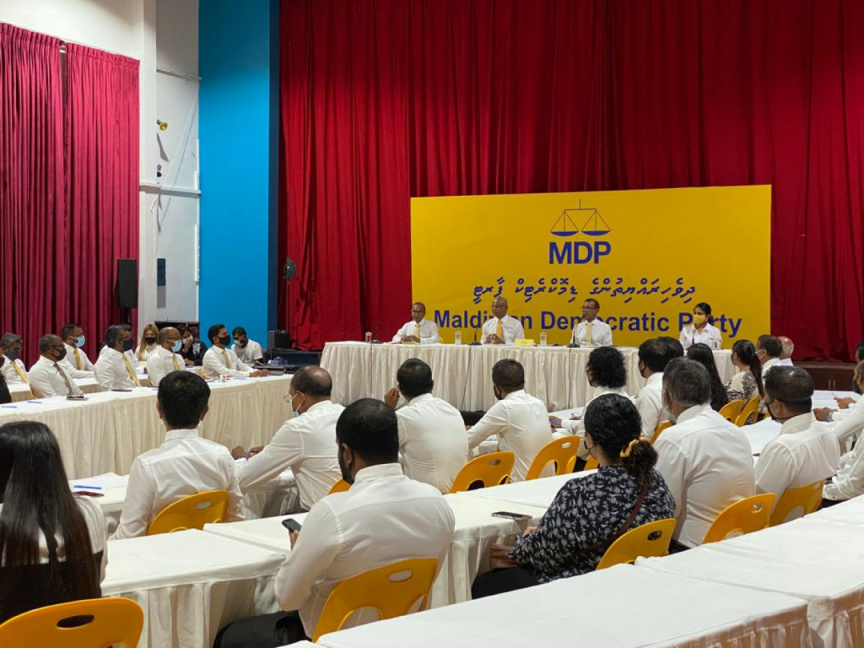 A capture from an MDP's National Council convening held prior.

The party had stated that the 165 candidates were elected for the seats they were contesting for – as no other candidates contested for those seats. Amongst those uncontestably elected are presidents and vice presidents of some constituencies.

MDP’s National Council elections is scheduled to be held on September 25. A total of 300 ballot boxes will be placed across the country – and over 900 individuals will act as officials during the elections.