President: Police have regained public’s trust during this administration 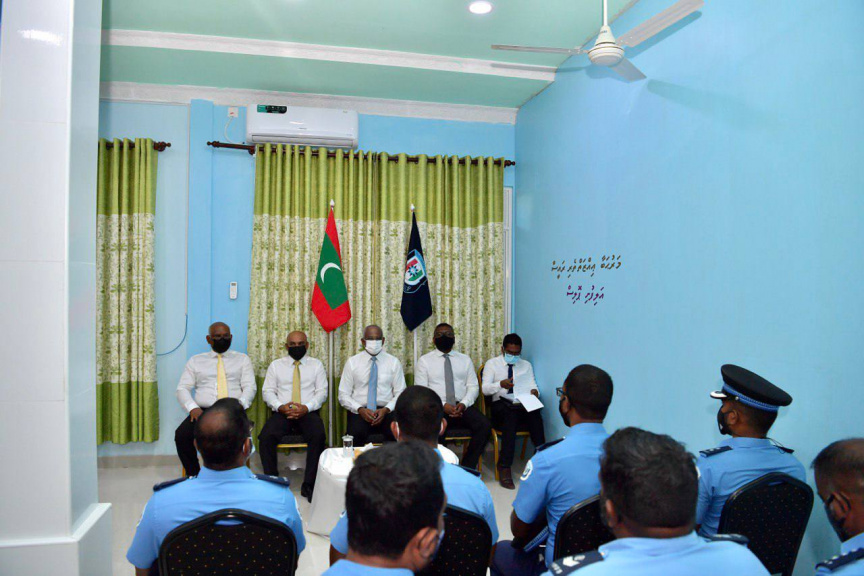 President Ibrahim Mohamed Solih has stated that Maldives Police Service has regained the public’s trust consequent to his administration’s efforts to reform and improve the quality of the force.

During the meeting – President Solih had inquired the officers about their work difficulties and challenges faced by officers in safeguarding the public and executing their duties. In response – the officials had briefed the President on their ongoing efforts as well as future plans, detailing the difficulties they experience in offering their services.

One of the main concerns raised by the officers in this regard – was the lack of transportation facilities, human resources and repair services for police infrastructure.

Subsequently, President Solih shared his suggestions to resolve these issues – and also assured that it would be taken up with the relevant authorities to swiftly resolve the issues that can be immediately attended to.

President Solih also briefed the officers on the government's plans to provide decentralized policing and the benefits the police service would receive as a result.

Alifushi is the sixth destination in the President and the First Lady’s ongoing trip to eight islands in Shaviyani and Raa Atoll.

'Will not hire expats if there are qualified locals'