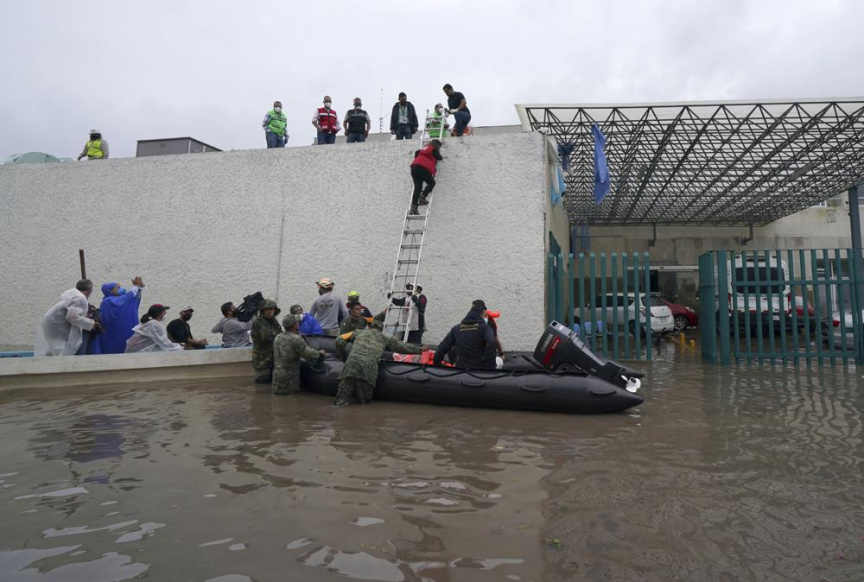 A video posted on the agency’s social media feed said about 40 other patients survived as waters rose swiftly in downtown Tula, about 60 miles (100 kilometers) north of Mexico City, and flooded the public hospital around 6 a.m.

Later Tuesday, emergency personnel evacuated the hospital, loading patients into ambulances to be taken to other health centers.

IMSS Director Zoé Robledo said the waters knocked out power to the area as well as the hospital’s generators.

He said the hospital had been caring for 56 patients, about half of them suffering from COVID-19.

The town’s central market was completely flooded. In one location beside the river, a jumble of semi-trailers, buses, tanker trucks and cars lodged against each other semi-submerged at odd angles in rushing water.

2 journalists killed in Mexico; 10th and 11th of year

Journalist killed in Mexico, eighth so far this year

Most crimes against Mexico journalists unpunished