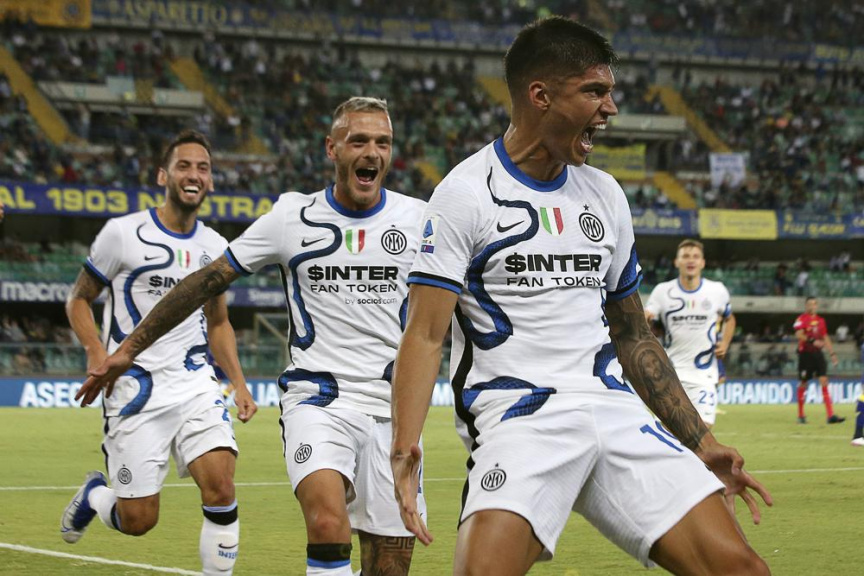 VERONA, Italy (AP) — Joaquín Correa enjoyed a dream debut for Inter Milan on Friday, coming on late as a substitute and scoring twice for the defending champion to beat Hellas Verona 3-1 in the Italian league.

It was 1-1 in Verona when visiting coach Simone Inzaghi brought on Correa for fellow Argentine Lautaro Martínez with 15 minutes of normal time remaining.

Correa, who joined from Lazio on Thursday, scored in the 83rd when he headed in a cross from Matteo Darmian and then sealed the win in injury time with a fine crisp shot inside the right post with his left boot.

Inter was forced to chase the game, despite a good start, due to a mistake from goalkeeper Samir Handanovic in the 15th. Handanovic’s pass for Marcelo Brozovic allowed Verona’s Ivan Ilic to intercept and then lift the ball over the goalkeeper for the opening goal.

Inter had a goal ruled out before the break due to a foul by Martínez on the Verona ’keeper, but the Argentine atoned with the equalizer in the 47th by heading in from close range.

Inter continues to enjoy a winning start. The Nerazzurri started their Serie A title defense with a 4-0 victory against Genoa last weekend.

Molina crossed for compatriot Ignacio Pussetto to open the scoring in the 29th and he sealed the result with a fine finish in off the underside of the crossbar in injury time. Gerard Deulofeu had scored the home side’s second goal in the 70th.

Venezia has now lost both games on its return to Serie A.