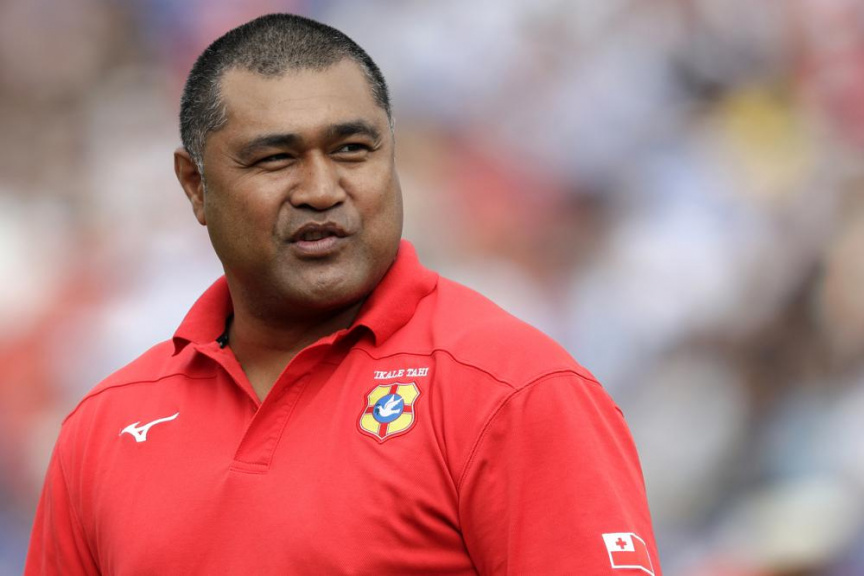 BRISBANE, Australia (AP) — World Cup-winning Wallabies forward Toutai Kefu was seriously injured during what police described as a “brutal and violent” break-in at his home in Brisbane and underwent surgery on Monday.

The 47-year-old Kefu, who won the 1999 Rugby World Cup and played 60 test matches for Australia, has been head coach of Tonga’s national team since 2016.

Kefu and his wife, his son and his daughter received knife wounds after three males allegedly broke into their home around 3 a.m.

Kefu was taken to a nearby hospital with abdominal injuries.

Fleming said one member of the household woke and was confronted by at least one of the intruders and “other members of the family then came to that person’s aid and during that time very significant injuries occurred to the family.”

Kefu’s initial condition was critical but the former rugby international was expected to survive. Fleming said it didn’t appear to be a targeted attack.

A 15-year-old youth was detained by the Kefu family’s neighbours until police arrived. Queensland police later charged the boy with four counts of attempted murder, three counts of assault causing grievous bodily harm and one count each of unlawful use of a motor vehicle, break and enter, burglary and deprivation of liberty.

He was refused bail and will appear in Brisbane Children’s Court.

Another 15-year-old boy was taken into police custody after seeking treatment at a hospital. Police are continuing investigations regarding a third youth.

Rugby Australia chief executive Andy Marinos described Kefu as “a titan of our game – a warrior on the field and off it.”

“To the Kefu family,” he said, “the Australian Rugby community is here for you.”

Sydney opens to vaccinated after lockdown