China sentences Canadian to 11 years in case tied to Hauwei 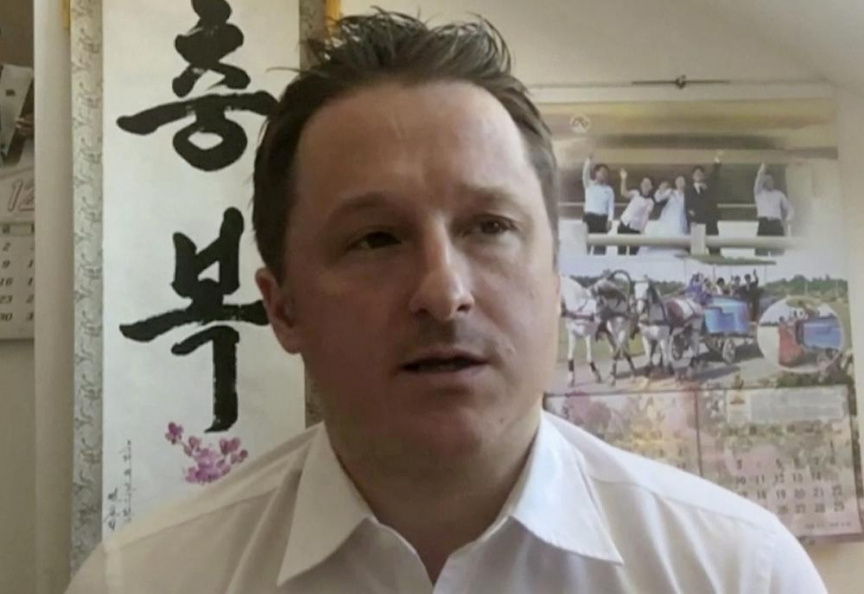 In this file image made from a March 2, 2017, video, Michael Spavor, director of Paektu Cultural Exchange, talks during a Skype interview in Yanji, China. (AP Photo/File)

Spavor was detained in 2018 after his government arrested an executive of the Chinese tech giant.

The verdict Wednesday is the latest indication of how Beijing is stepping up pressure on Canada ahead of a court ruling on whether to hand over the executive, Meng Wanzhou, to face U.S. criminal charges.

Spavor and another Canadian were detained in China in what critics labeled “hostage politics” after the executive’s 2018 arrest in connection with possible violations of trade sanctions on Iran.

On Tuesday, another Chinese court rejected the appeal of a third Canadian whose prison term in a drug case was abruptly increased to death following the executive’s arrest.

Canadian Ambassador Dominic Barton was present at the hearing in the city of Dandong, about 210 miles (340 kilometers) east of Beijing on the North Korean border. No word has been given about a trial date for former Canadian diplomat Michael Kovrig, who was also detained in December 2018 and charged with spying.

Meng, the chief financial officer of Huawei Technologies Ltd. and daughter of the company’s founder, was arrested Dec. 1, 2018, in Vancouver on U.S. charges of lying to the Hong Kong arm of the British bank HSBC about possible dealings with Iran in violation of trade sanctions.

China’s government has denounced the arrest as part of U.S. efforts to hamper its technology development and demanded Meng’s immediate release.

Canadian tried in China on spy charges, no verdict

China warns Canada of 'consequences' of helping US