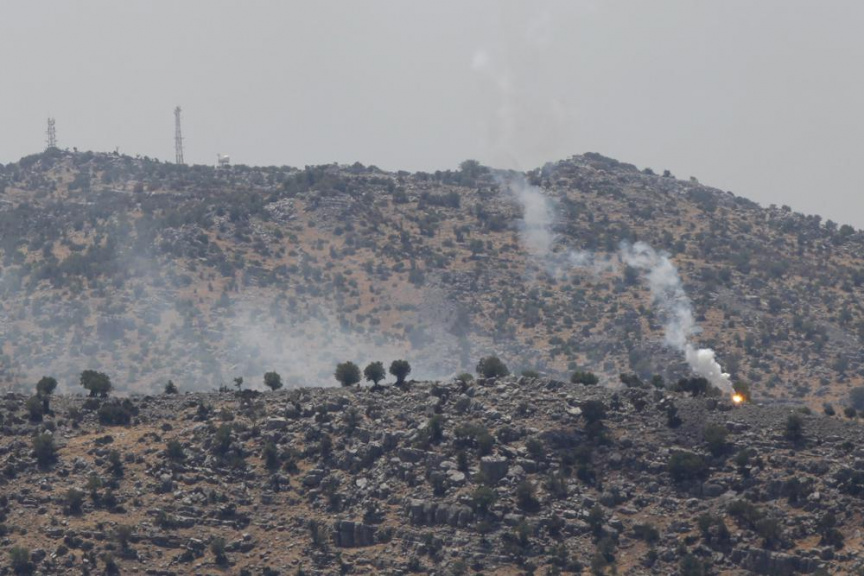 BEIRUT (AP) — The leader of the militant Hezbollah group said Saturday his group will retaliate against any future Israeli airstrikes on Lebanon, a day after his supporters fired a barrage of rockets toward Israel.

Hassan Nasrallah said it would be wrong to assume Hezbollah would be constrained by internal divisions in Lebanon, or the country’s harsh economic crisis.

Nasrallah’s comments came a day after his group fired rockets toward Israel, calling it retaliation for Israeli airstrikes on southern Lebanon a day earlier.

Thursday’s airstrikes — the first in years — were in response to mysterious rockets that were fired from Lebanon toward Israel on Wednesday.

Friday’s rocket fire was the third day of attacks along the volatile border with Lebanon, a major Middle East flashpoint where tensions between Israel and Iran, which backs Hezbollah, occasionally play out.

“Any airstrike by Israel’s airforce on Lebanon will be retaliated in a suitable way because we want to protect our country,” Nasrallah said in a televised speech marking the 15th anniversary of the end of the 2006 Israel-Hezbollah war.

Israel and Hezbollah are archenemies and have fought several wars in the past, the last of which ended in August 2006. The 34-day conflict ended with a draw that left 1,200 dead in Lebanon. mostly civilians, and 160 dead Israelis, mostly soldiers.

“Don’t miscalculate by saying that Hezbollah is busy with Lebanon’s problems,” Nasrallah said, adding that the firing of rockets was a “clear message.”

He added that Hezbollah had fired 20 rockets toward open fields only, because the Israeli airstrikes on Thursday had themselves hit open fields.

Lebanon is passing through its worst economic and financial crisis in its modern history, which the World Bank describes as among the worst the world has witnessed since the mid 1800s.

Israel estimates Hezbollah possesses over 130,000 rockets and missiles capable of striking anywhere in the country. In recent years, Israel also has expressed concerns that the group is trying to import or develop an arsenal of precision-guided missiles.

“We always used to say that we are not looking for war and we don’t want war but we are ready for it,” Nasrallah said.

Nasrallah in his speech harshly criticized the judge leading the investigation into last year’s massive blast in Beirut’s port that killed and wounded many people. Nasrallah said the work of judge Tarek Bitar is “politicized.”

Nasrallah asked why Bitar filed charges against outgoing Prime Minister Hassan Diab, but not the premiers who preceded him.