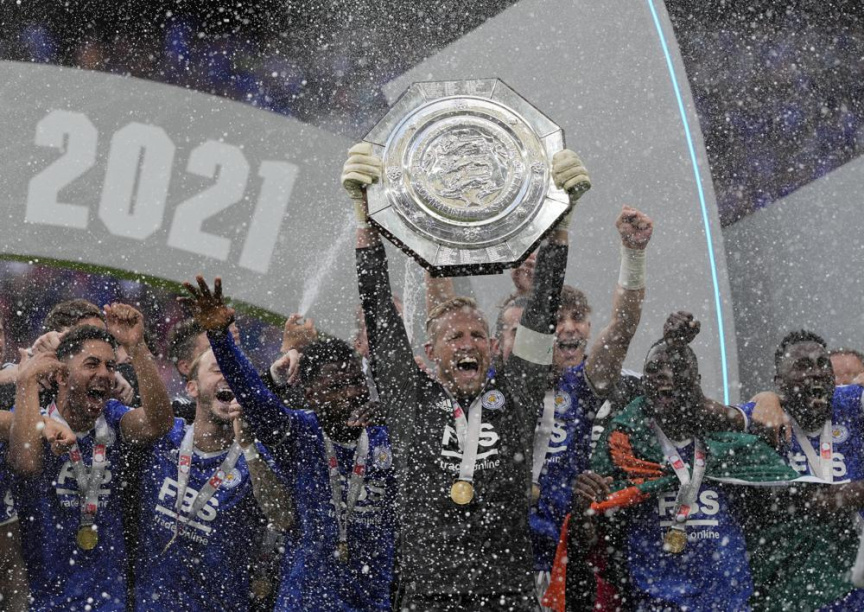 Iheanacho’s left-footed rocket from the spot beat goalkeeper Zack Steffen in the 88th minute in the English season-opener, and Leicester celebrated once again at Wembley Stadium, where they won the FA Cup final in May.

Grealish made his debut for City just two days after the Premier League champion broke the British transfer fee record by paying 100 million pounds ($139 million) to sign him from Aston Villa.

The midfielder came on in the 65th minute and looked for whistle when he went down on the edge of the Leicester box about 10 minutes later.

He didn’t get it, but Iheanacho did after being taken down by defender Nathan Ake. The Nigeria international made no mistake from the spot against his former team.

“I’m really grateful to get the trophy today for my team, so I’m really happy,” Iheanacho told ITV. “I think it was a penalty, he caught me, the referee saw it.

“I would have loved to win the game,” Guardiola said. ”Congratulations to Leicester for the victory, but the performance was really good. At this stage of the season, and to play the young guys, was excellent.

“With a little bit of luck and with better decisions in the final third,” he added, “we could have scored. But with all the players out, the players who have trained together the last two weeks have been exceptional.”

Grealish, he added, was “really good.”

“Aggressive, going against full backs, every time he had the ball he had three players around him. Step by step he will find his best,” the manager said.

As the traditional season curtain-raiser, the Community Shield is a cross between a competitive match and a preseason friendly. It’s contested by the champions of the league and the FA Cup.

”We know it’s the end of the preseason and players are still looking for fitness, but in the last few years it’s become a prominent trophy and that’s the mindset we want to bring to the team and the club,” Leicester manager Brendan Rodgers said.

Garnacho gives United 2-1 win at Fulham ahead of WCup