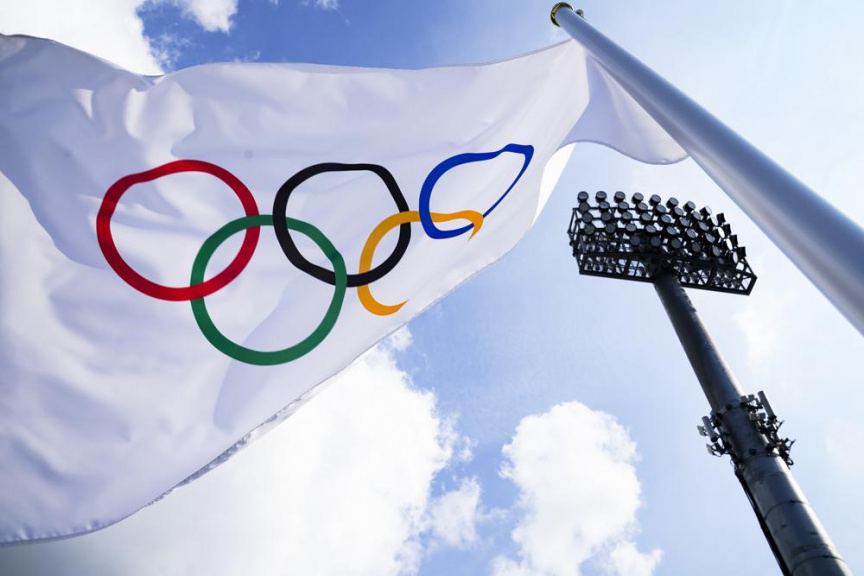 A flag bearing the Olympic Rings is displayed on the south pitch during field hockey practices at the 2020 Summer Olympics, Friday, July 23, 2021, in Tokyo, Japan. (AP Photo/John Minchillo)

Gomboeva collapsed shortly after completing the qualifying round and was attended by medical staff, coach Stanislav Popov said in comments published by the Russian Olympic Committee.

“It’s the first time that I remember something like this happening,” he said. In Vladivostok, where we were training before this, the weather was similar. But the humidity here had an influence.”

Temperatures in Tokyo were above 30 degrees Celsius (86 degrees Fahrenheit). The heat in Tokyo’s summer months already prompted organizers to move the marathons and race-walking events to the cooler city of Sapporo.

Teammate Ksenia Perova said that she was discussing her results with a teammate when she discovered Gomboeva had collapsed.

“It’s probably heatstroke,” Perova said on the ROC’s social media. “It’s very hot here and the asphalt is really baking. Of course there are also nerves, but the main reason is still the weather.”

Perova added that Gomboeva was feeling better after doctors gave her water and was traveling back with the team to the Olympic village.

Gomboeva qualified 45th of 64 archers in the women’s event Friday and is scheduled to compete in the individual and women’s team events later in the Games. The round was won by South Korea’s An San with a new Olympic record score of 680.

Japan bans fans at Tokyo Olympics venues due to virus