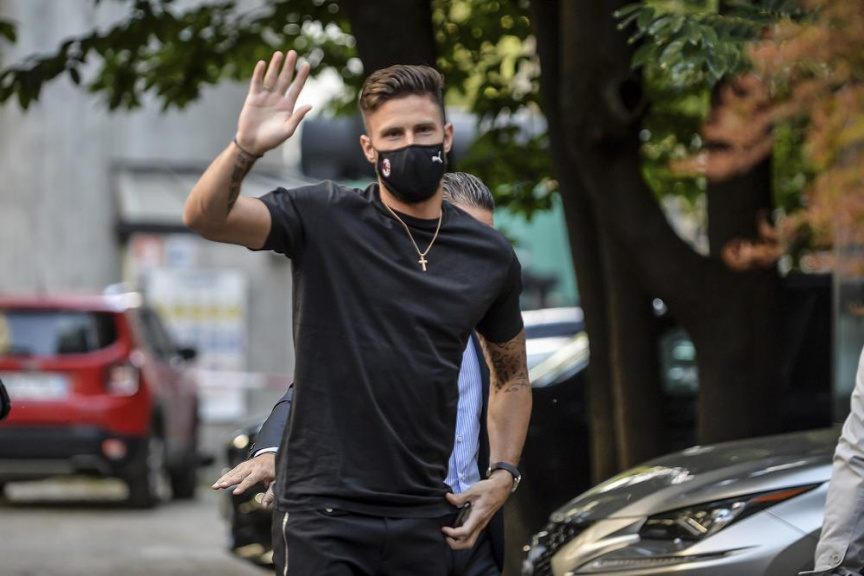 The Italian giant said in a statement Saturday that Giroud will wear the No. 9 shirt.

“AC Milan is delighted to announce the signing of Olivier Giroud on a permanent transfer from Chelsea FC,” Milan said, without giving more details.

The 34-year-old Giroud has spent the past nine years in English soccer, where he scored 105 goals for Arsenal and 39 for Chelsea. He is also France’s second-highest scorer with 46 goals, five fewer than former Arsenal star Thierry Henry.

His crucial goals late in the 2019-20 season helped Chelsea qualify for last season’s Champions League, and his six goals in the competition helped the London club win it for the second time.

Giroud was also the Europa League’s top scorer when Chelsea won it in 2019, when he scored the opening goal in the final against Arsenal, and won the FA Cup a year earlier.

“To all the Blues, to my teammates, to all my coaches, to the whole club, a huge thank you for these special moments,” Giroud wrote on Twitter. “I’m starting a new journey with a light and happy heart. Our victories in FA Cup, Europa League and Champions league have been magnificent.”

Giroud also won the World Cup with France in 2018 and will form a veteran strike force with Zlatan Ibrahimovic, who turns 40 in October.

Giroud also won the FA Cup three times with Arsenal and the French title with Montpellier in 2012.

Milan has not won Serie A since clinching its 18th title in 2011 and finished second last season, 12 points behind city rival Inter Milan.