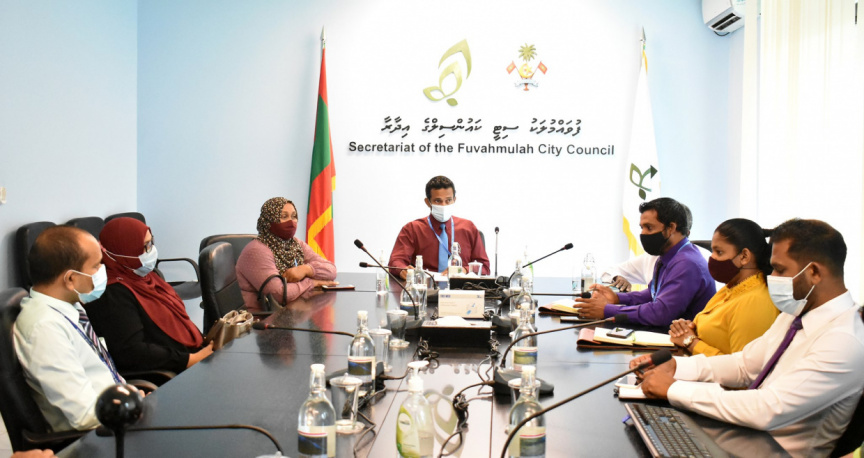 Fuvahmulah City Council states complications arose in three cesarians done by the gynecologist at the city’s hospital over the last 2 months, resulting in patients having to be transferred to the Maldivian capital.

The council made the observation in a statement expressing concern over a surgical towel being found in the stomach of a women who underwent a cesarian at the Fuvahmulah hospital two months back.

The council, in its statement, called on the Health Ministry and the management of Fuahmulah hospital to place the doctor under immediate suspension to prevent further medical errors.

The council said it has also requested the Health Ministry for the doctor to be replaced as it is a matter of great concern to the public.

“And this has also been brought to the attention of the President. We take this opportunity to share that the Health Ministry, Vice President of Maldives, the hospital management have provided assurance this will be resolved,” said the council.

Fuvahmulah City Council has condemned the actions of the doctor, stating that complications which arose in cesarians the doctor performed over the last two months council have endangered mothers and children.

The council said that repeated occurrences of such incidents spark concern and threaten peace within the community, and that the council will not hesitate to remedy such issues.

When asked about action against the doctor, Health Ministry’s Quality Assurance Commissioner Thasleema Usman said doctors alone aren’t involved in incidents that take place inside an operation theater, and that it also involves other parties.

Thasleema said that relevant parties have been instructed to send detailed documents on the case to the Health Ministry in order to determine the cause.

She said that the Health Ministry will conduct a review once they receive the documents, and take action where necessary.