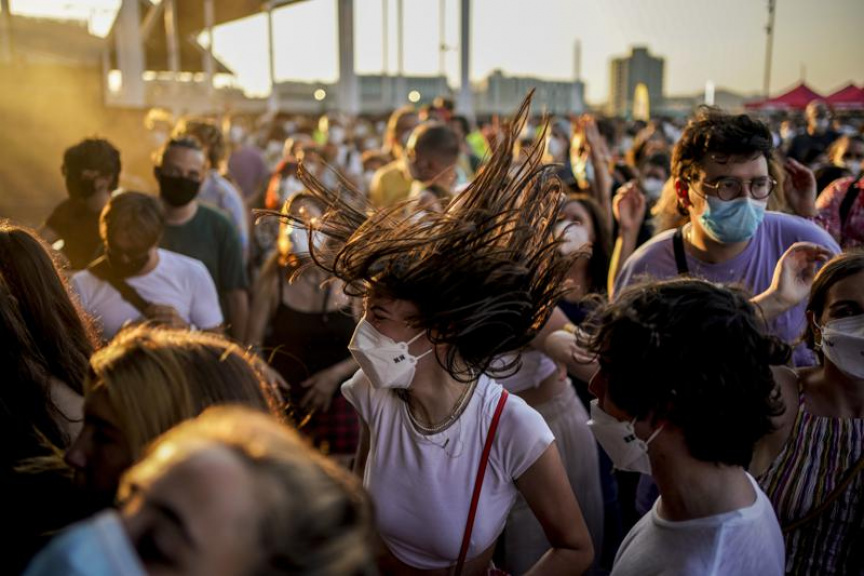 BARCELONA, Spain (AP) — Spain’s Constitutional Court ruled Wednesday that a strict stay-at-home lockdown order the Spanish government issued under a state of emergency during the first wave of COVID-19 last year was unconstitutional.

While upholding most terms of the state of emergency, the court said provisions ordering the population off the streets except for shorts shopping trips, unavoidable work commutes and other essential business violated Spain’s Constitution.

The court issued a brief statement that described the ruling as a split decision. State broadcaster TVE said six magistrates were in favor and five against. The full decision is expected to be released in the coming days.

According to TVE, the court majority ruled that the limitations on movement violated citizens’ basic rights and the state of emergency was a constitutionally insufficient mechanism to do that. The six magistrates said a state of exception, which does allow the government to suspend basic rights, would have been necessary.

Justice Minister Pilar Llop said that her government “will uphold but does not share the decision” on the inadequacy of the emergency declaration “that saved hundreds of thousands of lives.”

“The home confinement rule declared under the state of emergency, along with the exemplary behavior of citizens, allowed us to stop the virus,” Llop said, adding that it was similar to orders given by other European governments.

The Constitutional Court made its ruling in response to a lawsuit brought by Spain’s far-right Vox party. Vox leader Santiago Abascal called Wednesday for Spanish Prime Minister Pedro Sánchez to step down.

“We cannot celebrate the decision because we have proof that the government was willing to break the law and tarnish the constitution,” Abascal said.

During the first six-week confinement period, Spaniards could not go out even for exercise, and Vox withdrew its support for the lockdown.

The lockdown helped reduce the number of new daily cases. The Spanish government gradually relaxed its pandemic restrictions once the worst of the emergency had passed. Since then, Spain has used a myriad of measures to control infections. The country has reported a pandemic death toll to date of 81,000.

Legal experts said until the court’s full decision is released, it won’t be clear if the ruling will open the gates to lawsuits against the government.

Fernando Simón, a constitutional law professor at the University of Navarra, said the Constitutional Court could limit the state’s legal exposure from the thousands of citizens were received fines for violating restrictions on movement during the state of emergency.

“This ability is reasonable because if the impact of the decision is taken to the extreme, it could create chaotic situations,” Simón told The Associated Press in an email.

He said the wording of the Spanish Constitution regarding a state of emergency supported either a strict or a more open reading, adding that “this type of juridical conflict would not even exist if the main political powers sought the common good.”