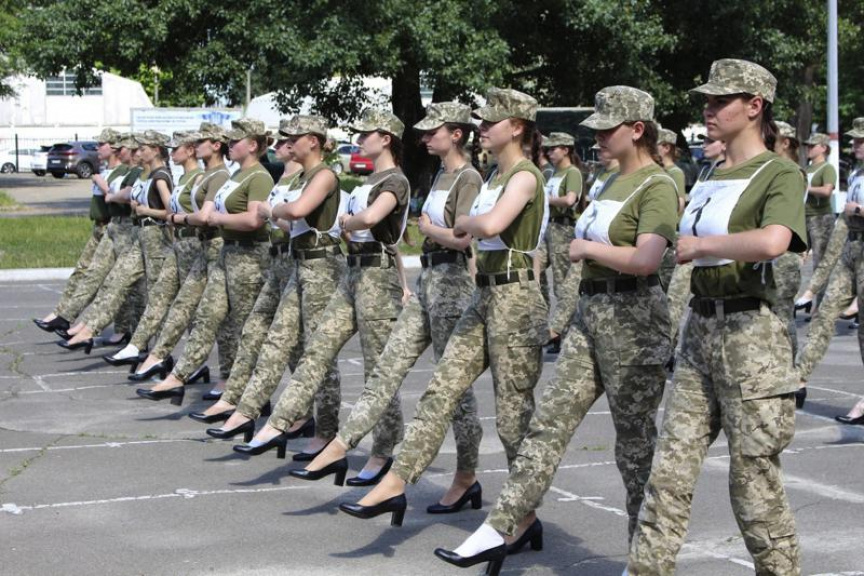 In this photo taken and released by the Ukrainian Defense ministry press-service on July 2, 2021, Ukrainian female soldiers wear heels while taking part in the the military parade rehearsal in Kyiv, Ukraine. (Ukrainian Defense Ministry Press Office via AP)

MOSCOW (AP) — Ukraine’s defense minister is under pressure from members of the government over the decision to have female military cadets wear pumps with heels in an important parade.

“The purpose of any military parade is to demonstrate the military ability of the army. There should be no room for stereotypes and sexism,” said a joint statement from three Cabinet members, including Minister of Veterans Affairs Yulia Laputina.

The statement followed last week’s announcement about the footwear in the parade planned for Aug. 24, the 30th anniversary of Ukraine’s declaration of independence from the Soviet Union.

It noted that about 57,000 women serve in the country’s armed forces and “have proved their worth not in heels, but with machine guns.”

Defense Minister Andriy Taran on Saturday said he had instructed officials to look into whether “experimental” shoes — ankle boots, according to news reports — could be worn by the female cadets instead of the pumps with heels.

The military offered no explanation as to why female cadets were wearing a different type of shoe than male cadets.

Donors pledge millions to get Ukraine through winter