India confirms 400K dead, half in past 2 months 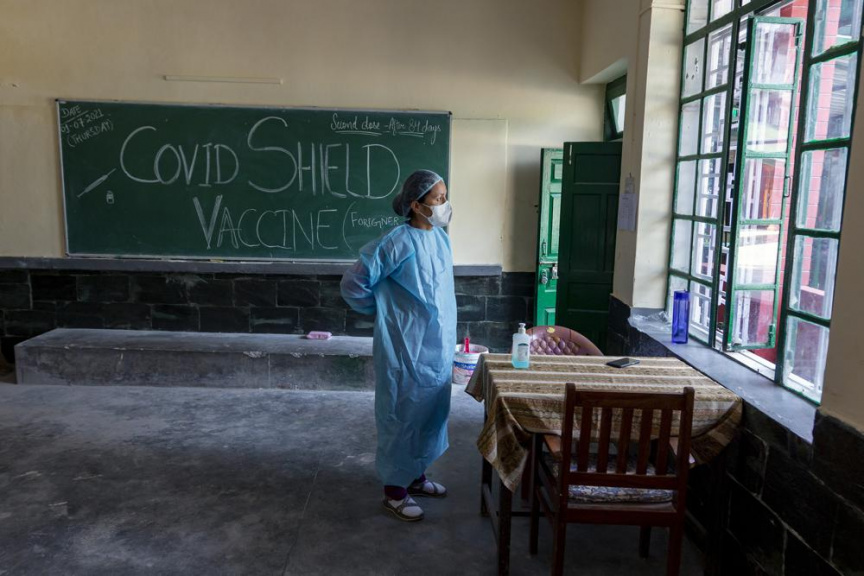 An exile Tibetan nurse puts on her protective suit as she prepares to assist at a COVID-19 vaccination center in Dharmsala, India, Thursday, July 1, 2021. The vaccination was organised by the Himachal Pradesh government for the foreign national residing in the state. (AP Photo/Ashwini Bhatia)

NEW DELHI — India has confirmed 400,000 deaths from COVID-19, half of them in the past two months as the virulent delta variant infected hundreds of thousands daily.

Still, the grim figure announced Friday is believed to be a fraction of the true total. It is second only to the United States and Brazil.

The Health Ministry said 853 people died in the past 24 hours, raising total fatalities to 400,312 since the pandemic began. The first known COVID-19 death in India happened on March 12 last year in southern Karnataka state.

India, a country of nearly 1.4 billion people, has confirmed more than 30.4 million infections with 46,617 new cases detected in the past 24 hours. That total also is believed to be an undercount.

New cases are on the decline after exceeding 400,000 a day in May. But authorities are preparing for another possible wave of infection around September and are trying to ramp up vaccination.

Less than 5% of India’s people are fully immunized. Over 340 million doses have been administered since mid-January, according to the ministry.

Health Minister Harsh Vardhan said on Wednesday that vaccination speed has picked up after the federal government started providing 75% of vaccines free to states.

About 2 billion doses could be available by December with India’s two main suppliers, Serum Institute and Bharat Biotech, ramping up production and five other vaccines potentially being made available in the coming months.

Post-monsoon fever outbreak kills over 100 in UP

Kerela, battered by COVID, now on alert for Nipah virus