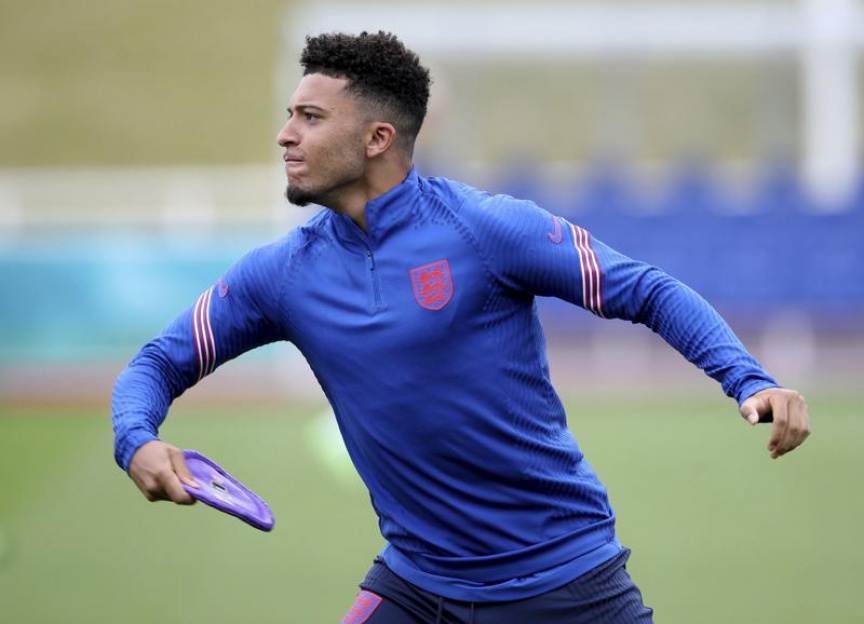 LONDON (AP) — Jadon Sancho appears finally headed to Manchester United from Borussia Dortmund after a long-running pursuit of the winger.

United has agreed to a deal in principle to sign Sancho for 85 million euros ($100 million) from Dortmund, a person with knowledge of the deal said Wednesday. The person spoke on condition of anonymity because they were not authorized to publicly discuss a transfer yet to be completed.

The 21-year-old Sancho is currently with the England squad involved in the European Championship as the team prepares for its quarterfinal with Ukraine on Saturday. Despite Sancho commanding a big fee after impressing in the Bundesliga, he is yet to start for England at the tournament.

Sancho started his career at Manchester City but rejected a deal to stay and joined Dortmund in 2017. He has scored 38 times in his 104 Bundesliga appearances.

Now he is set for City’s fierce local rival to help United’s bid to dethrone its neighbor as Premier League champion. The new season starts for United on Aug. 14 against Leeds.