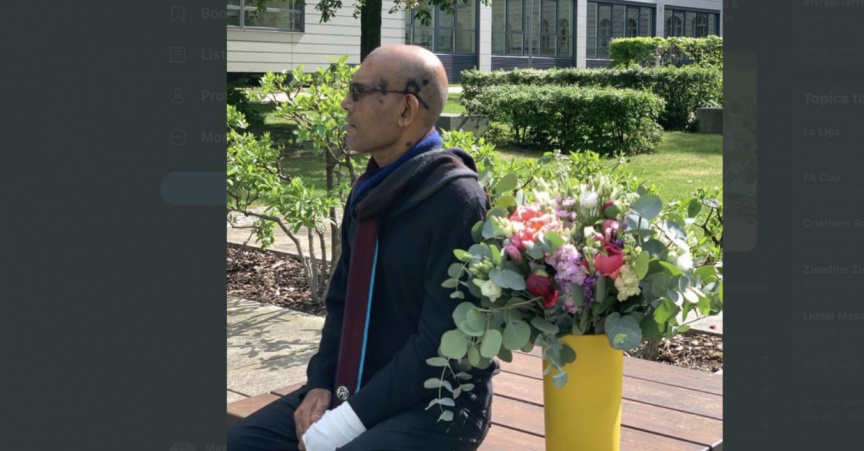 Parliament Speaker, former President Mohamed Nasheed in Germany to treat injuries he sustained in an IED attack on May 6, 2021.

Nasheed’s brother, attorney-at-law Nazim Abdul Sattar told Sun on Tuesday morning that six armed MNDF officers and an officer from Special Protection Group (SPG) had stood guard at Canaryge in the wake of the IED attack on May 6.

Nazim said that the armed officers haven’t come to guard the residence Monday or this Tuesday, and that only an officer from SPG has been standing guard.

In a tweet in the morning, Nazim asked Defense Minister Mariya Ahmed Didi if they downgraded security at Canaryge because he left for AA. Maalhos.

He was transferred to a military hospital in Germany on May 13.

MNDF reinforced Nasheed’s security in the wake of the attack. And the security breach in relation to the attack is the subject of a parliamentary inquiry.