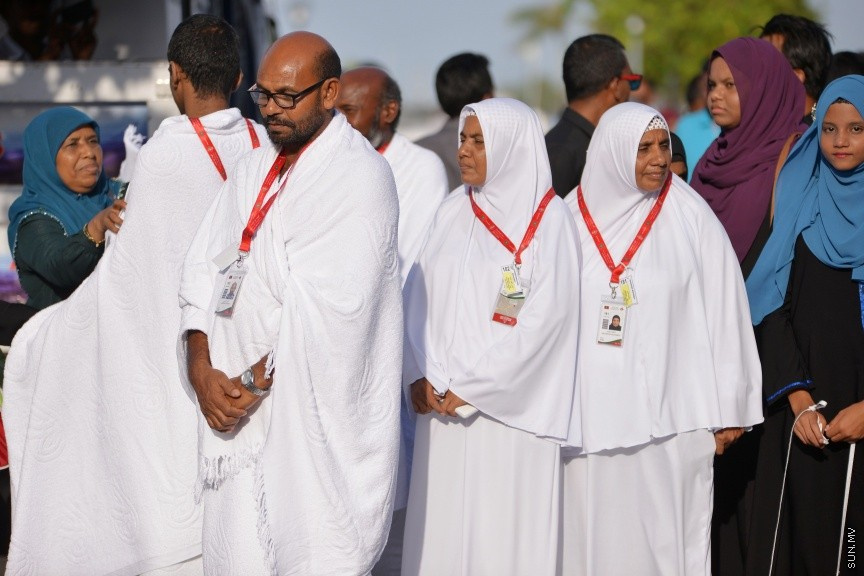 Pilgrims leave for Hajj from Maldives in 2017. (File Photo/Sun/Fayaz Moosa)

The Islamic Ministry of the Maldives has announced that Maldivians will not be permitted to travel to Saudi Arabia, due to COVID-19 restrictions, to perform the annual Hajj pilgrimage.

A statement by the Ministry today read that Saudi Arabian Hajj Ministry had decided that 60,000 people, including both foreigners and Saudi locals living in Saudi Arabia, will be allowed to do the pilgrimage due to the COVID-19 situation.

An official from the Islamic Ministry said to Sun that the Maldives will not be sending any pilgrims for Hajj this year, due to the decision of the Saudi government.

This is the second year in a row that pilgrims from the Maldives are not allowed to travel for Hajj. Last year, the Saudi government allowed 10,000 residents living in Saudi Arabia to perform the Hajj. 70 percent of the pilgrims last year were other foreign nationals apart from Saudi Arabians.

The annual Hajj pilgrimage, a requirement for all Muslims to perform at least once in their lifetime under the religion of Islam, sees over 3 million pilgrims travel to the holy cities of Mecca and Medina in Saudi Arabia each year before the pandemic. Countries are granted a specific amount of quotas by the Saudi government to send pilgrims.

Last group from Maldives departing for Hajj on Saturday

Maldives gets 453 quotas for Hajj pilgrimage this year

2 suspects on boat stopped by police, days before blast