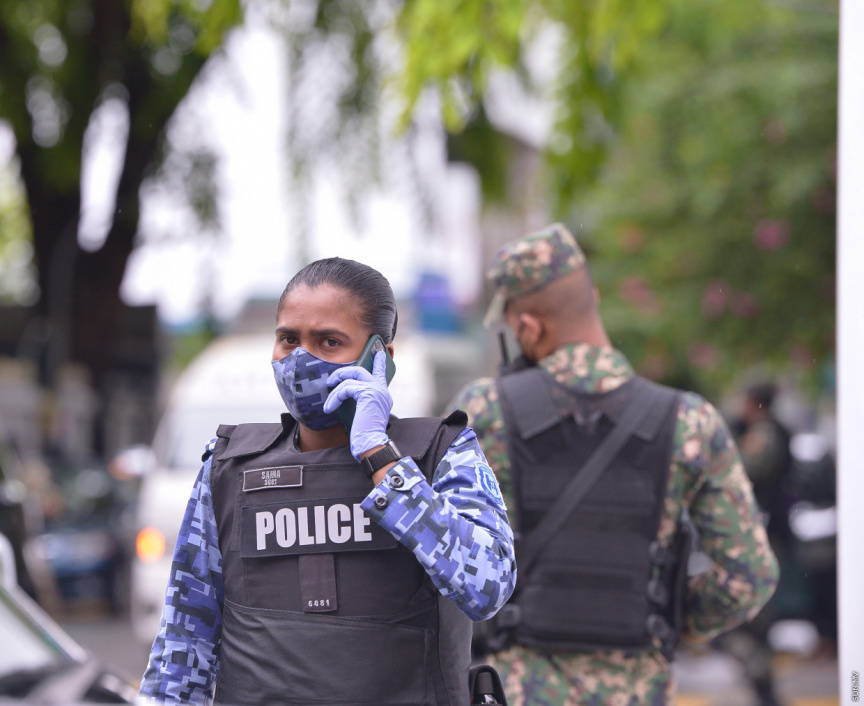 The four men who were recently arrested in counter-terror operations in Maldivian capital are suspected by police of conspiracy to carry out a terror attack.

The four suspects have been remanded in custody of the police for 15 days by the court.

Police believe the four suspects hold separate communal prayers, support a terrorist organization, and are involved in propagating extremist ideologies and recruiting people for militant activities overseas in the name of ‘jihad’.

They are also suspected of conspiring to carry out a terror attack which could compromise the safety of the community and result in grievous harm.

Police have yet to confirm whether the four suspects are linked with the IED attack targeting Parliament Speaker, former President Mohamed Nasheed on May 6.

The attack has also spurred the security forces to launch a crackdown on violent extremism, in which multiple arrests have been made in the capital and Addu City.