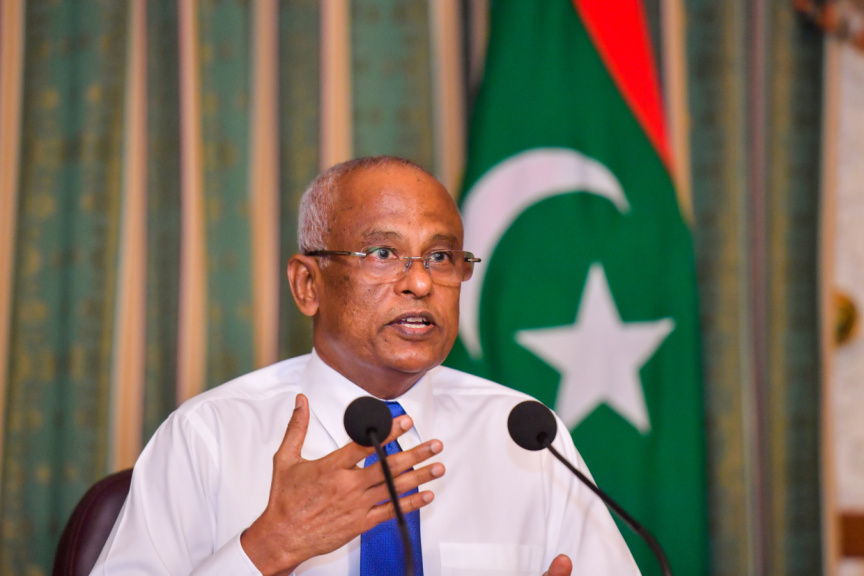 President Ibrahim Mohamed Solih has stated that the COVID-19 situation in the Maldives could have deteriorated due to the easements introduced in April.

The President was speaking in a press conference when he made the remark.

President Solih in the press conference said that the easements introduced in April allowed travel to all parts of the nation and even movement in Male' City went unrestricted.

He said that the easements in April were not the right move before saying that with the enhancement of current measures, as well as new measures imposed, he was hopeful that cases could go down soon.

The President further said that many nations and governments in the world have made mistakes when it came to dealing with the pandemic and that the Maldives was working to learn from this and make things right.

The President also said that the April easements may not have been the only reason for the increase in cases before saying that new variants of the virus could have entered the country, which could also have led to an increase in cases.