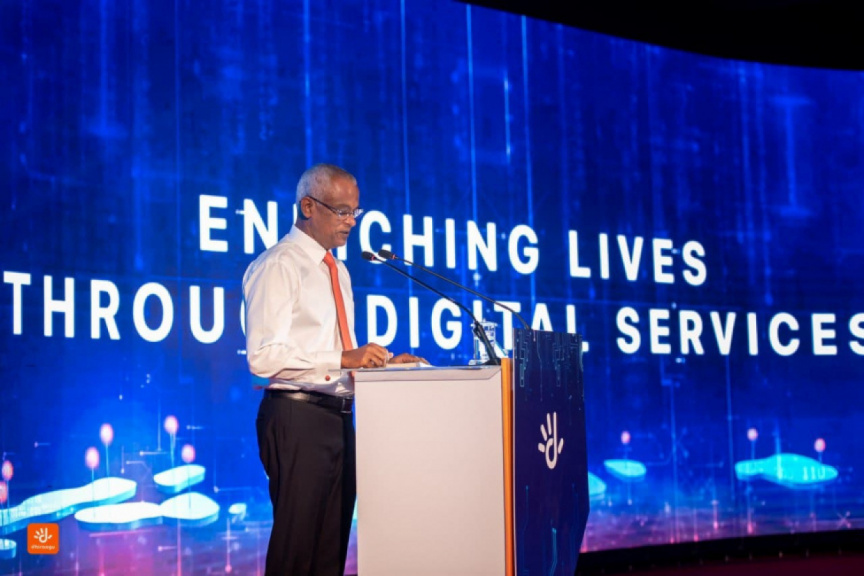 President Ibrahim Mohamed Solih speaking during a ceremony of Dhiraagu.

The Ministry of Environment, Climate Change and Technology has stated internet price changes in the Maldives will be announced tomorrow.

A Ministry official said that the President's Office was overseeing the changes that are to be brought to internet prices. The official added that a ceremony would be held tomorrow at 10:00 to announce the changes.

The issue of internet price has been a constant cause of dismay and anger among the public, as many complain that internet prices in the Maldives are some of the highest in the region when compared with allowances.

The current administration of President Ibrahim Mohamed Solih came to power with a pledge to reduce internet prices. Criticism has often been directed towards the government for the prolonged pledge.

Maleeh Jamaal who served as the Technology Minister before he was fired and the Ministry was dissolved and restructured under the Environment Ministry, has previously said that his Ministry had concluded and finalized everything that needed to be done in order to reduce the internet prices. He had even said that the proposals had been sent to the President's Office.