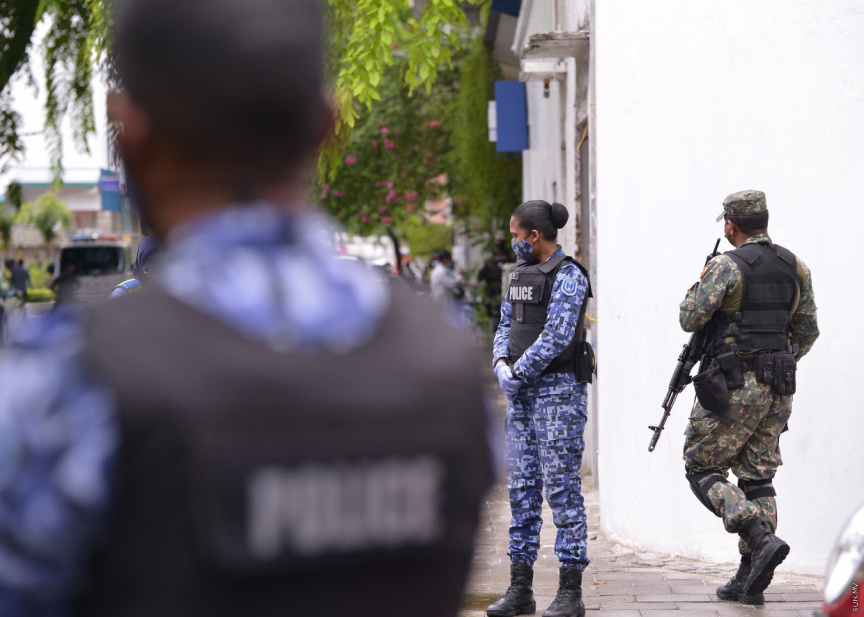 Maldives National Defense Force (MNDF) confirmed on Thursday that the pistol found in a restroom at ADK Hospital while Parliament Speaker, former President Mohamed Nasheed was being treated for the injuries he sustained in the terror attack earlier this May was accidently left there by one of their officers.

Sun has been informed the pistol found in the restroom belongs to one of Nasheed’s bodyguards. He accidently left it there after he used the restroom. The pistol was found by a hospital employee who reported it to the police.

MNDF spokesperson confirmed on Thursday that the pistol belongs to a MNDF officer.

“The pistol was accidently left in the restroom by the MNDF officer. He has been suspended from duties in connection to this. And this has been investigated by military police and submitted to Maldives Police Service for further investigation,” said the spokesperson.

He was rushed to ADK Hospital, where he underwent multiple lifesaving surgeries to remove ball bearing and other shrapnel, some of which perforated his internal organs.

He stayed at the hospital for 5 days and was airlifted to a military hospital in Germany on May 13 to continue his rehabilitation and recovery.

The incident with the pistol comes as Parliament conducts an inquiry into the breach of Nasheed's security in relation to the terror attack.