UAE to offer booster shot to recipients of Sinopharm vaccine 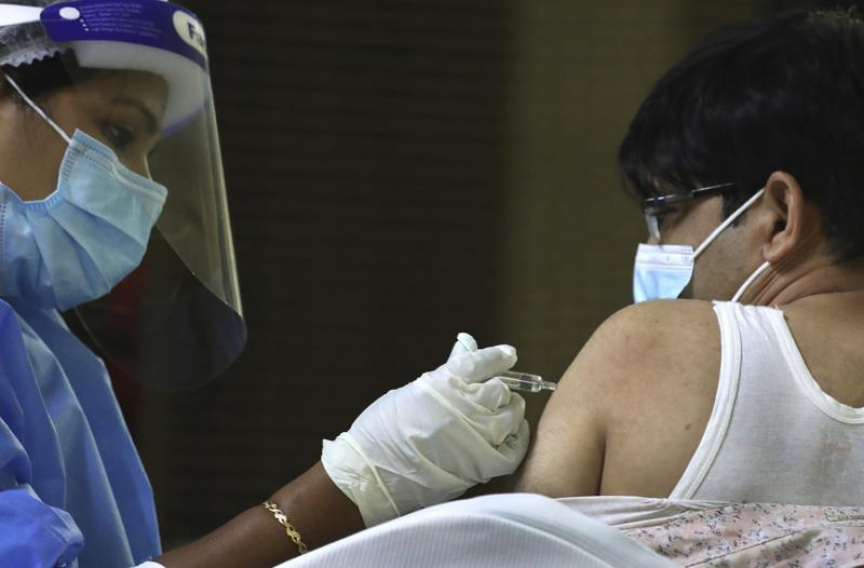 DUBAI, United Arab Emirates (AP) — The United Arab Emirates announced Tuesday it will offer a third shot to recipients of the Chinese state-backed Sinopharm coronavirus vaccine six months after their initial two-dose regimen. The move appears to make the UAE the first country worldwide to formally introduce the booster.

The brief statement comes after some residents in the UAE reported receiving a third shot amid concerns about an insufficient antibody response. China’s top disease control official acknowledged last month that the country’s locally produced vaccines offer low protection against the virus, adding to growing questions over the shot’s efficacy.

The Sinopharm vaccine has become the linchpin of the UAE’s vaccination campaign, among the fastest in the world per capita. The country, home to the oil-rich capital Abu Dhabi and glitzy city-state Dubai, has raced to widespread immunity in hopes of a swift economic reopening. Dubai draws heavily from the service-heavy tourism and aviation industries, which have been clobbered by the coronavirus.

Aside from efficacy numbers, the Chinese manufacturer has released very little public data about its Sinopharm vaccine, prompting criticism for its lack of transparency. Nonetheless, the shot is at the heart of China’s own mass immunization campaign and its vast vaccine diplomacy efforts.

The World Health Organization granted the Sinopharm shot emergency approval earlier this month, potentially paving the way for millions of doses to reach needy countries through the U.N.-backed COVAX vaccine program. A range of governments, including in Hungary, Pakistan, Serbia and the Seychelles, an island nation in the Indian Ocean, already administer Sinopharm.

This spring, the UAE became the first in the world to manufacture its own local version of the Sinopharm vaccine. Widespread vaccination also plays a key role in preparing Dubai to host the long-awaited World Expo in October this year, expected to draw some 25 million visitors.

“As part of the state’s proactive strategy to provide maximum protection for society, the door has been opened for the public to receive an additional supportive dose of the Sinopharm vaccine for people,” said Dr. Farida al-Hosani, an Emirati health spokeswoman, in a statement broadcast on state television.

The government statement did not reveal any further information, saying only that all approved vaccines undergo strict safety tests. In the first public release of information on the shot’s efficacy last year, the UAE said the vaccine was 86% effective against the virus based on its review of an interim analysis, without providing further details.

In March, an official from a state-linked Emirati company distributing Sinopharm set off a storm of confusion when he acknowledged on Dubai’s state-owned radio that “a very small number” of residents had already received booster shots of Sinopharm. As vaccine recipients became worried about their antibody levels, authorities cautioned the public against mixing different coronavirus vaccines.

Last month, the head of international cooperation at China National Biotec Group, which is a subsidiary of Sinopharm, described the UAE’s use of booster shots as “not included in our clinical plan.”

“The country made their own decision that they found for some immunocompromised part of the population or the elderly group, if they found they have low levels of antibodies then they may give a third dose, but it is not recommended in our formal schedule,” Li Meng said.

Chinese officials made no immediate new comments on the UAE’s decision to drastically expand its booster shoot program.

At first, Abu Dhabi exclusively used Sinopharm for its rollout, while the neighboring emirate of Dubai offered other options, including Pfizer-BioNTech and Oxford-AstraZeneca. However, in recent weeks, Abu Dhabi has started to offer Pfizer as well. Across the country, the majority of low-paid workers from Africa, Southeast Asia and the Middle East who power the UAE’s economy received the Sinopharm vaccine.

Infections in the UAE have gradually declined from peaks reached in January as tourists fleeing lockdowns back home flooded the country’s bars and beaches. But daily counts of new cases still hover over 1,000 a day, far above last year’s levels, even as the country has administered 117 vaccine doses per 100 residents. Unlike other countries with rapid vaccination drives, like Israel and the United Kingdom, the UAE remained open for business after emerging from a strict lockdown a year ago.

Earlier this month, health authorities in Bahrain, another small Gulf Arab sheikhdom that has relied on Sinopharm for its speedy campaign, reported that a booster shot “will soon be made available to individuals, with the aim of strengthening herd immunity.”

After the Emirati announcement Tuesday, Bahrain said the third shot for its Sinopharm recipients would initially go to a prioritized group, including first responders, residents older than 50 and those with underlying health conditions.

India vaccine-maker hopes to share shots by end of year