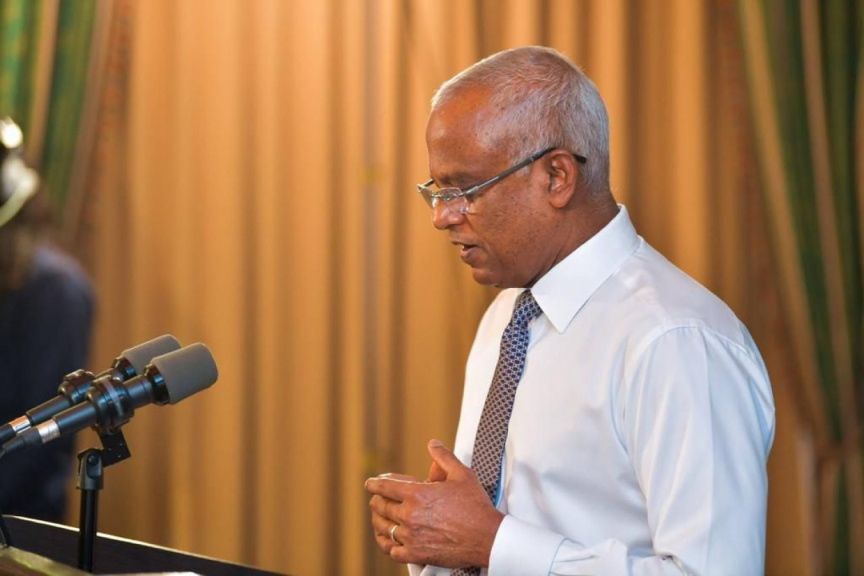 President Ibrahim Mohamed Solih has instructed the Attorney General to take the necessary steps to reinforce the security of the heads of the three branches of the government.

President Solih today instructed the AG Ibrahim Riffath to bring about the necessary amendments to the constitution and expedite the amendment process to reinforce the existing protection and national security provided to the Speaker of Parliament and the Chief Justice of the Maldives, according to the President's Office.

The President even instructed the AG to draft a new bill if this is not possible through the framework of existing laws. The President informed the cabinet in an online meeting held today of the move.

The move comes after the Speaker of the Parliament Mohamed Nasheed was wounded in an attempted terrorist attack on his life, less than a week ago.

The former President who is now serving as the Speaker suffered serious injuries due to the attack which saw an IED explode near his residence. Speaker Nasheed is still recovering from his injuries and is to be transported to Germany for further treatment although his condition is said to stable, according to his family.