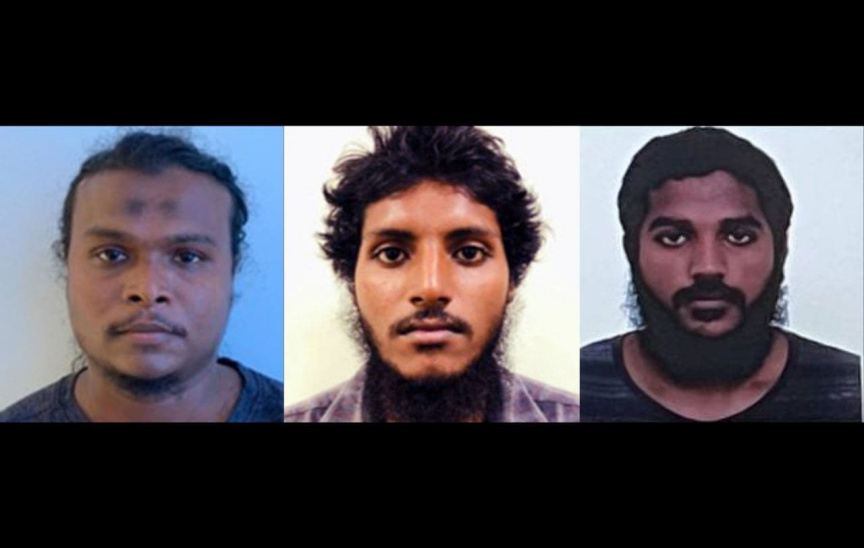 All three people arrested in relation to the terrorist attack last Thursday targetting former President Mohamed Nasheed have denied any involvement in the attack.

The three, all local men, have been named as:

The Court decided on the basis that all three posed a danger to society.

The state prosecution presented sufficient evidence today in court to warrant their remand.

However, all three suspects denied of having any part in the attack before saying that they had nothing else to add.

Thahumeen is believed to be the owner of the motorcycle to which the IED which exploded was attached to. He denied that the motorcycle is registered under his name.

Mujaaz denied the allegations against him and said that he did not have enough information since he had not been able to meet his lawyer.

Police have said that all three had criminal records.

Police only gave small details of the prior criminal activity of Adhuham who is believed to be the prime suspect. Adhuham had been arrested in 2013 for drug-related offenses while in 2020, he was arrested in relation to a robbery.

Zihan proceeds trial without a lawyer