ADK Hospital: Multiple surgeries on Nasheed successful, one more to be done 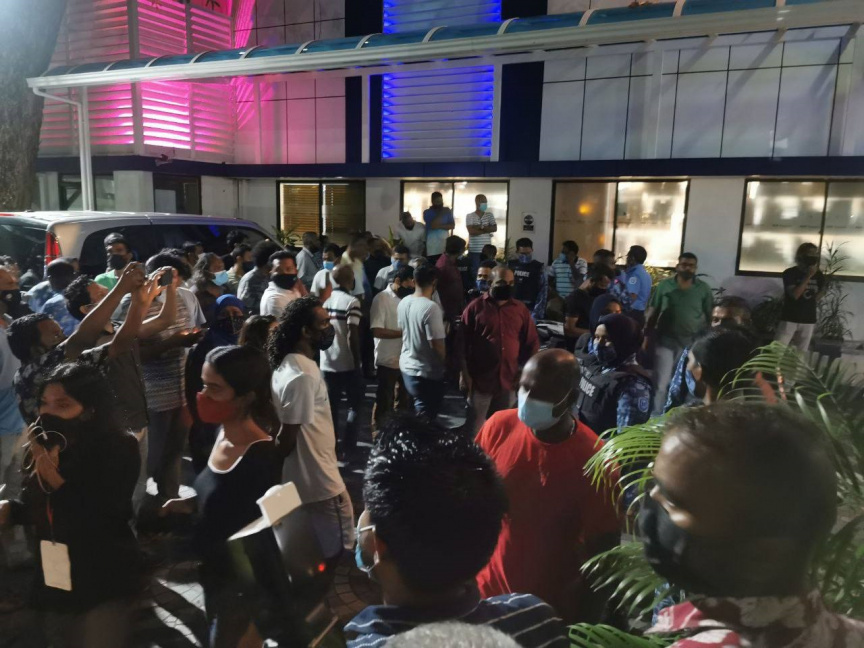 The ADK Hospital, where former President of the Maldives Mohamed Nasheed is receiving treatment after being wounded in a blast last night, has stated that Nasheed requires one more surgery after multiple procedures were carried out on him.

Nasheed was taken to the hospital last night around 20:30 after being wounded in the blast near his residence. A special team of doctors are attending to him and the hospital has previously stated that his condition was stable and not life-threatening.

The Hospital today said that Nasheed had undergone multiple surgeries and that he required one more procedure.

The blast happened near the junction of Neeloafaru Magu and Majeedhee Magu last night. A tourist was also injured in the attack as well as Nasheed’s bodyguards. Nasheed was getting into his car near his residence in G. Canaryge when the blast happened. Police and the Maldives National Defense Force have raised alert levels in the country in the aftermath of the attack. Police are also investigating the attack as a priority, according to Home Minister Imran Abdulla. The situation in the capital is tense after the attack which has received condemnation both internally and from across the world. Australian Federal Police are to arrive in the Maldives tomorrow in order to assist with the investigation into the attack.

Nasheed is one of the most prominent and influential politicians in the country. He currently serves as the Speaker of the Parliament.

A police press conference is scheduled shortly in relation to the attack.