More than 800 COVID-19 cases from atolls, 17 islands under monitoring 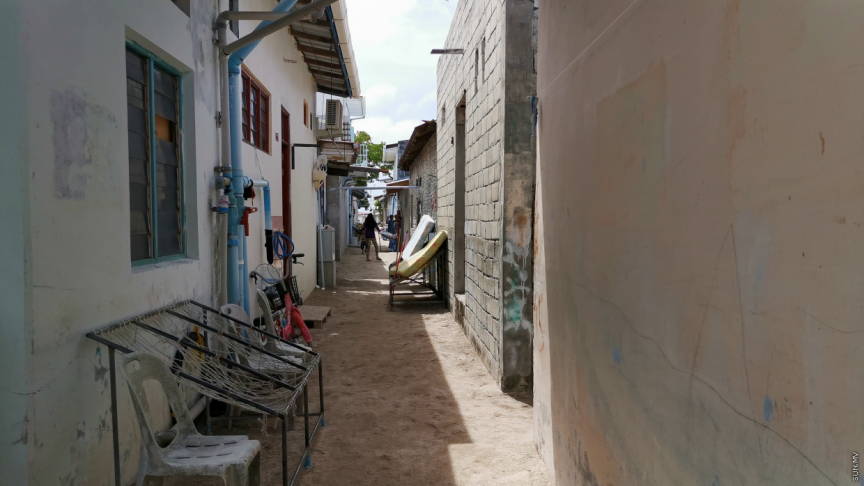 Lh. Naifaru. The island was placed under monitoring mechanisms after the confirmation of COVID-19 cases. (Sun Photo)

COVID-19 cases reported from islands other than Male' City have increased to 800, with more than 17 islands currently under monitoring mechanisms,

Male' City, the epicenter of the outbreak in the Maldives and the biggest population center in the nation by far, last night confirmed fewer new cases than other inhabited islands in the country combined.

The 17 islands currently under monitoring due to confirmed cases are:

A total of 833 cases have been confirmed from the islands listed above. All locally inhabited islands of Lh. Atoll. including the industrial island of Felivaru are under monitoring mechanisms, which is the first time such a situation has been observed. The majority of the cases confirmed from atolls apart from Male' City have been centered in Felivaru with the island confirming a total of 245 cases.

The cases confirmed from Felivaru also spread to the remaining islands in the atoll. Naifaru, the administrative capital of the island has confirmed 141 cases.

K. Huraa has also seen a local transmission with 110 confirmed cases while Dhiffushi has also confirmed 93 cases. Although located in different atolls, the cases in Huraa and Dhiffushi are also connected with the Lh. Atoll cluster. Naifaru and Huraa are also currently observing a curfew due to the severity of the situation.

However, only three individuals positive for the virus from these islands are receiving treatment at COVID-19 facilities.