Barge stranded after being swept onto reef during bad weather 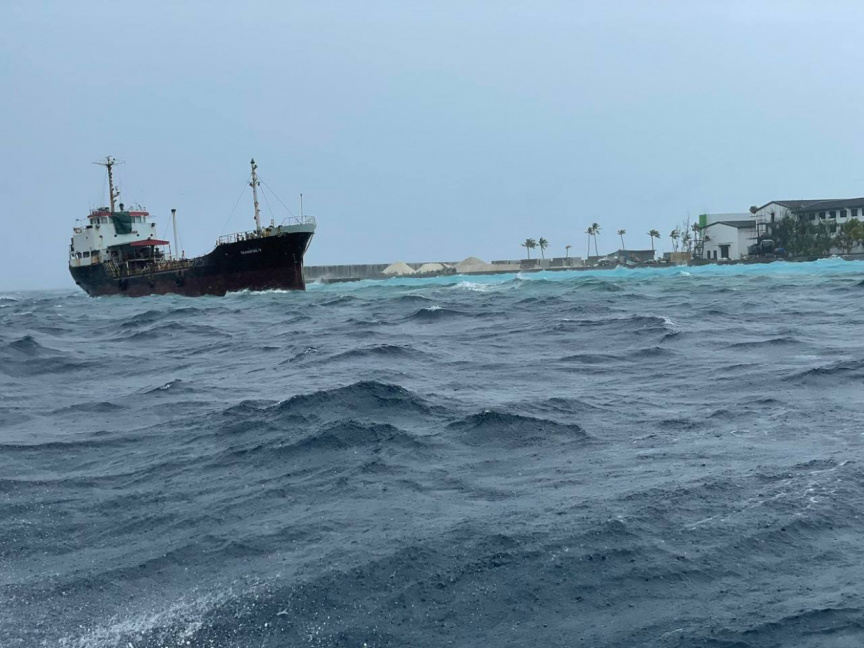 A barge used to transport fuel has been reefed after the boat’s anchor got swept away during bad weather.

The barge has been named “Trans-Fuel 8”. Maldives National Defense Force (MNDF) said that the barge was swept on to the southern reef of K. Feydhoofinolhu.

The incident involving the 68-feet barge, was reported to the authorities around 12:48 and MNDF coastguard was deployed to the area to assist the barge. MNDF added that three people, two foreigners and one Maldivian, were on the barge when it got stranded.

MNDF has issued a warning to sea goers to remain alert for the current spell of bad weather. Earlier today, a boat carrying fuel capsized near Male’ City during the stormy weather.

Maldives Meteorological Services has predicted that winds could increase to 55 miles per hour during gusts and issued a yellow weather alert for most of the nation.