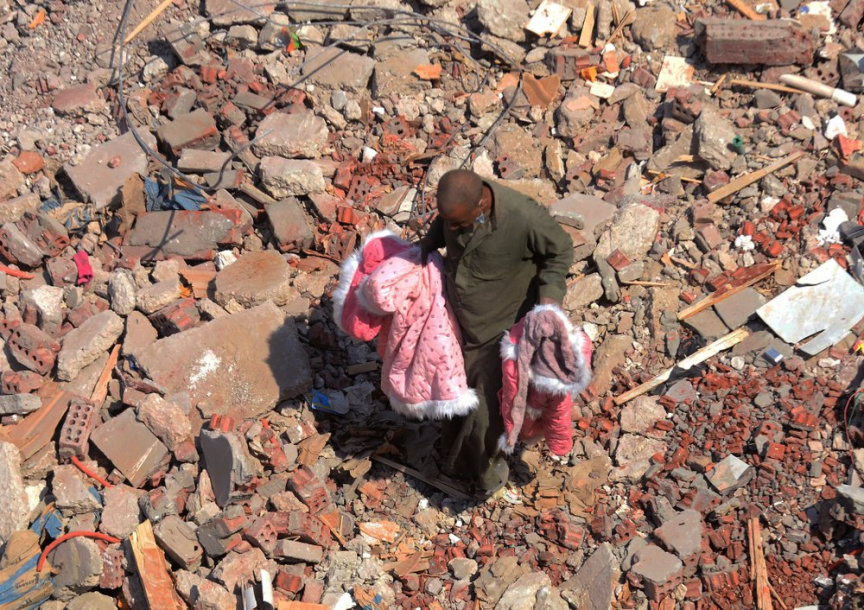 A man walks on the rubble of a collapsed apartment building in the el-Salam neighborhood, in Cairo, Egypt, Saturday, March 27, 2021. (AP Photo/Tarek wajeh)

CAIRO (AP) — Search and rescue workers pulled a 6-month-old baby alive from the rubble of a collapsed building as the death toll from the incident rose to 25, Egyptian officials said Sunday.

The infant’s mother, father, and sister had already been found dead, but teams continued to search for his older brother, who was missing, said the officials, who spoke on condition of anonymity because they were not authorized to brief the media.

The young boy’s condition was stable as of Sunday, said one official from the country’s civil protection agency.

It was not immediately clear what caused the building’s collapse. An engineering committee was formed to examine the structural integrity of neighboring buildings, Khalid Abdel-Al, the administrative head of Cairo governorate, said on Saturday. Another 26 people were also injured.

Building collapses are not uncommon in Egypt, where shoddy construction is widespread in shantytowns, poor neighborhoods and rural areas.

With real estate at a premium in big cities like Cairo and the Mediterranean city of Alexandria, developers seeking bigger profits frequently violate building permits. Extra floors often are added without proper permits.

The government has recently launched a crackdown on illegal buildings, jailing violators and in many cases destroying the buildings.