ACC on Ventilator scandal: We know where the money ended up, can be charged 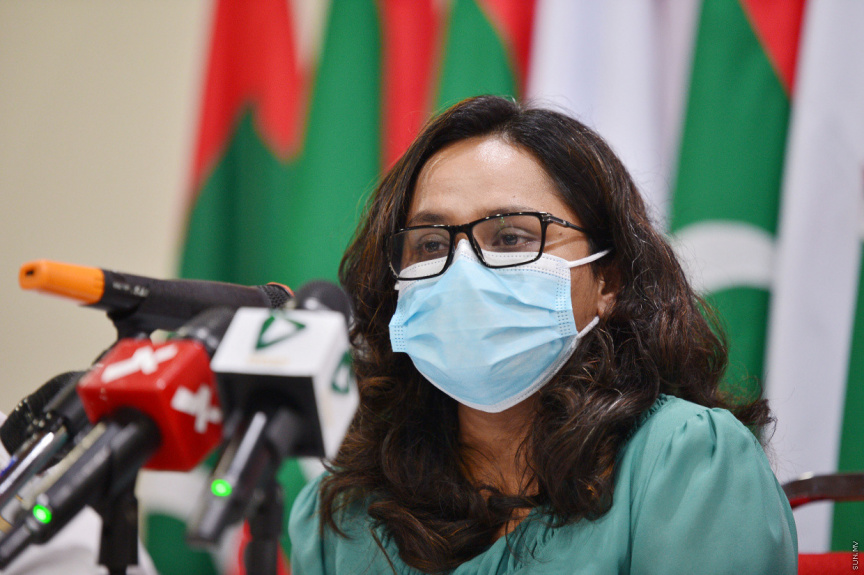 The Anti-Corruption Commission (ACC) has insisted that all legal elements in its investigation of the ventilator scandal were fulfilled and that it was aware of the accounts where the money paid for the ventilators had ended up in.

PG Hussain Shameem had also stated that information pertaining to the investigation had not identified where the money payments for the ventilators had ended up.

ACC officials today, during the press conference, said that it had requested the PG for charges related to collecting undue advantage with the misuse of positional power in its investigation. ACC Vice President Fathimath Anoola today said that the charges were not something the ACC was new to and had previously requested similar charges in separate investigations in different cases as well.

"Individuals in state positions had received benefits due to their conduct where it was not due. That is what we are requesting to bring charges for. Because things are this way, we are certain that the Dubai-based company had received payments," said Anoola.

"However, this is not completely accurate. It does not have to be proved that a state official received payments or someone connected with the individual received payments when bringing charges of obtaining undue advantage. The crime is complete when the conduct of that official led to the payment of the money to the Dubai company, for instance in this case," said Anoola.

The elements of the crime did not include that a state official was required to have made a profit or gained benefits, however, if proven, it could make the investigation even more complete and make things easier to find the money, said Anoola before adding that it was however not an obstruction to bring charges.

Anoola has previously expressed concern over the lack of charges due to the lack of tracing the crime or the money trail. She had stated that charges have previously been brought forward because another individual may profit unjustly from a document issued by a state official.

The ACC today, once again insisted that it was aware of where the money had ended up and that all elements of the investigation and crime were met. This was the reason why the money trail was not required for charges to be brought forward, according to the ACC.

The ACC also criticized the PG Office today by stating that the PG did not have the intention to bring charges in the case.

Anoola said that the ACC had initially found out that the PG had rejected the case for the first time through the online portal to exchange documents and that the office had noted six points in declining the case.

"After each point, it read that there was no sufficient evidence to get a conviction after bringing charges against a person, which is why charges were not be brought forward," said Anoola.

She said that the ACC had addressed all six issues noted by the PG, before adding that the ACC had worked hard and noted particular points which is why it was requesting to revise the decision of not bringing charges.

Anoola said that she had watched a press conference held by the PG after rejecting the case initially and that PG Shameem during the presser had noted administrative issues.

"The PGO had the intention to decline this case. Looking to whether charges can be brought forward, (from the statements of the PG), I certainly couldn't comprehend," said Anoola.

The ventilator scandal of the Health Ministry involves an agreement with Dubai-based Executors General Trading for the procurement of 75 ventilators to strengthen the health capacity of the Maldives during the height of the COVID-19 pandemic in 2020. Massive instances of negligence, misconduct, and misinformation were observed from the Ministry in relation to the ventilators in the Auditor General report issued last year. While the Dubai company had provided 15 ventilators so far, the remaining ventilators are yet to be received. Former Health Minister Abdulla Ameen was mong 11 ministry officials that the ACC requested for charges to be brought forward.

The declination of the PG to bring charges had seen calls for the impeachment of the PG and even ACC members over the case.

Speaker of the Parliament and former President of the Maldives and leader of MDP Mohamed Nasheed has been amongst the most vocal in calls to remove Shiuna in a motion of no confidence. However, a vote in the MDP PG Group, to which Nasheed belongs, over the issue failed to collect sufficient support. MDP holds a supermajority in the parliament. Nasheed also called for the impeachment of PG Hussain Shameem over the case and expressed discontent with the government over the same case as well.