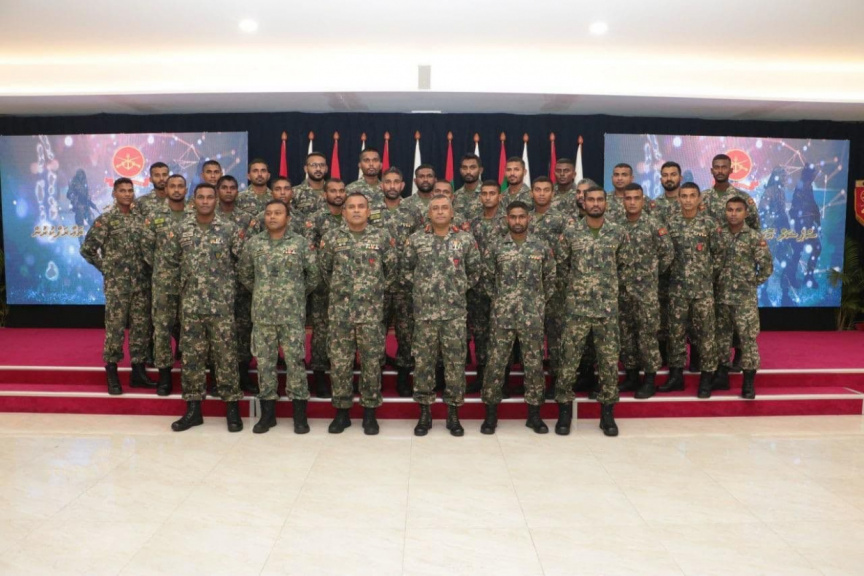 The Special Operations Group was launched in a ceremony at Bandaara Koshi by Chief of Defense Force Major General Abdulla Shamaal on Tuesday evening.

Senior officials of the Special Operations Group were presented with their letters of appointment during the ceremony by Marine Corps’ Commandant Brigadier General Wais Waheed.

According to MNDF, the Marine Corps Special Operations Group is an elite force which will engage in MNDF’s special operations.

The elite force is equipped to conduct special operations both on land and at sea to deliver MNDF’s new strategic goals, said MNDF.

Chief of Defense Force Shamaal described the launch of the elite force as “a watershed moment in the history of the MNDF Marine Corps.”

He said that the elite group of marines will be a force multiplier in supporting MNDF Special Forces when dealing with the multitude of threats in their operational continuum.

COVID-19 measures extended by another week