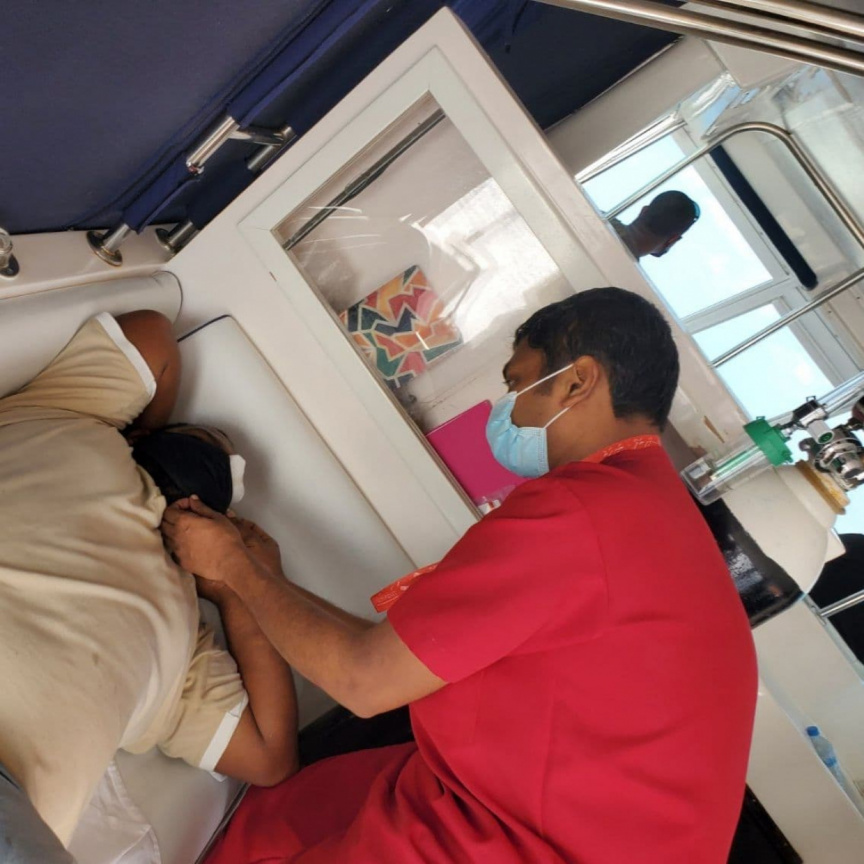 Photo shows the injured man. The man was injured after a fish hook got lodged into his eye. (Photo/MNDF)

A man has been injured after a fishing hook got lodged into his eye during a fishing expedition.

Maldives National Defense Force (MNDF) said that the man was a crew member of a fishing vessel named “Rukkuri” which was fishing near the Lh. Mulee Buoy.

The man is a 35-year old local, according to MNDF. The man was taken to Lh. Naifaru for medical care.

Reports of the incident were reported to MNDF at 7:30.

Such incidents with fish hooks are common in the Maldives and even lead to the loss of sigh in some instances for the victims.