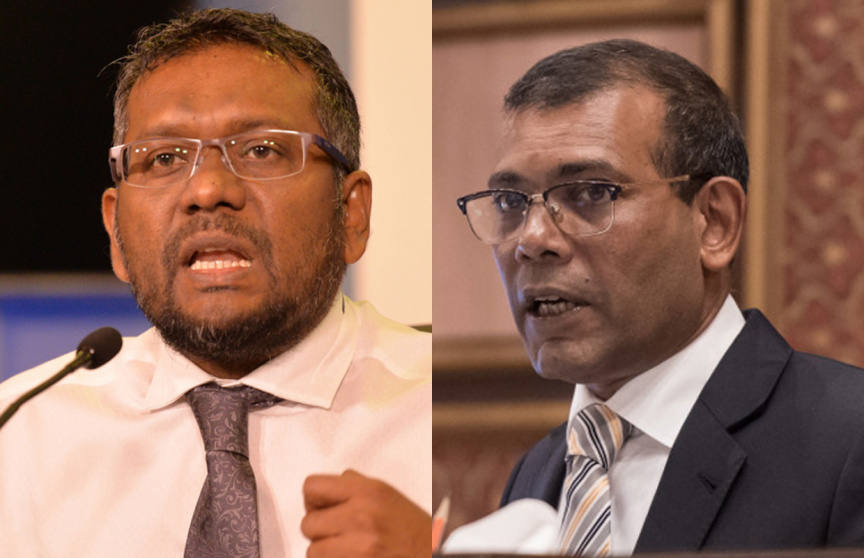 Parliament Speaker, former President Mohamed Nasheed has accused Economic Minister Fayyaz Ismail of using his influence to secure a clinic for a group of individuals.

In a message to the group earlier this Saturday, Nasheed wrote that Fayyaz used his influence to secure a clinic in suburban Hulhumale’ for a group of individuals who did not qualify for the clinic.

“Faya, I’m not going to let this slide. I told you before,” said Nasheed to Fayyaz – one of the most influential members of President Ibrahim Mohamed Solih’s Cabinet.

Nasheed had made similar allegations of corruption against Fayyaz last year, and had initiated work to submit a no-confidence motion against him to the Parliament.

However, the efforts later stalled.

Nasheed accused Fayyaz of abuse of power and behaving like a “bro”. Fayyaz, however, denied the allegations.

Sun has been informed the new accusation against Fayyaz comes after a clinic was allegedly awarded to a company that two parliamentarians close to Fayyaz hold interests in.

While Nasheed has repeatedly expressed his lack of confidence in Fayyaz, President Solih has previously openly defended Fayyaz, stating that he has full confidence in him.