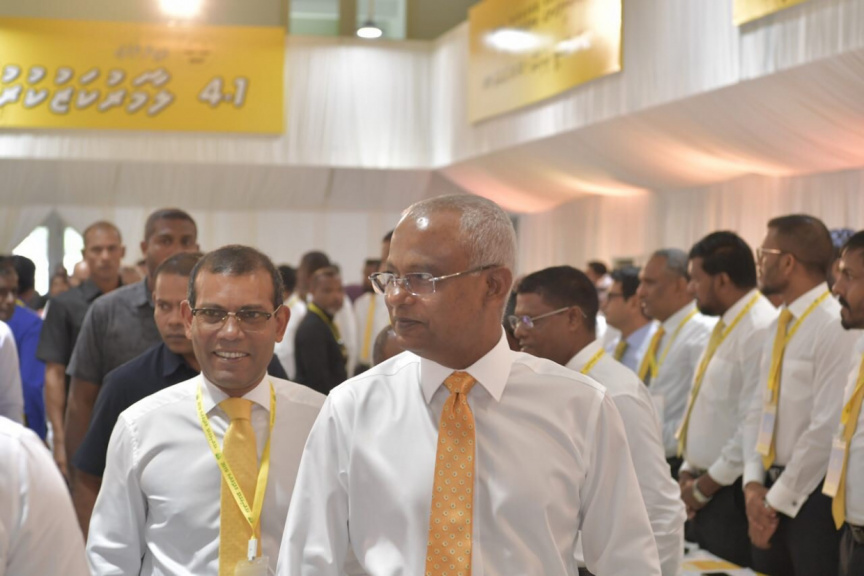 President Ibrahim Mohamed Solih pledged to resolve issues arising from penalties for underage motorcycle driving on Tuesday, stating that no one should be denied the right to get married due to outstanding license fines.

Speaking during the event, a candidate for a Fuvahmulah council seat voiced concern over fines imposed on children under the age of 18 years for unlicensed driving.

The President said that the issue is prevalent not just in the atolls, but also in Male’ City. He said that his administration will provide an effective solution to the issue and enable them to get their license soon.

President Solih said that some have incurred over MVR 100,000 in fines for unlicensed driving that they are unable to pay.

However, he also advised against unlicensed driving.

President: Vote to change the system