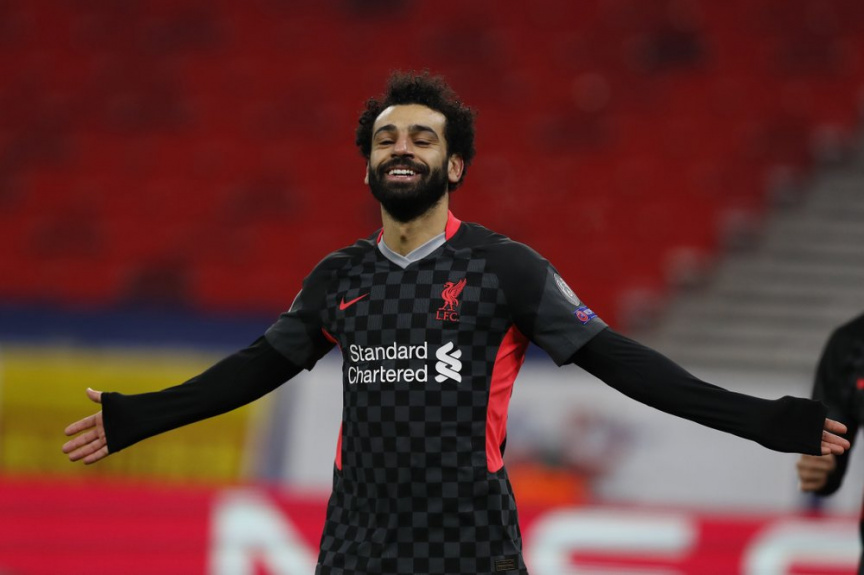 BUDAPEST, Hungary (AP) — Liverpool’s players will take any help they can get as the stuttering English champions look to snap out of an alarming slump in form.

With two defensive blunders, Leipzig obliged in the Champions League on Tuesday.

Mohamed Salah and Sadio Mane pounced on errors to score Liverpool’s goals in a 2-0 win over the German team in the first leg of their last-16 match, giving the Reds some respite from their imploding Premier League title defense.

The Champions League is the only trophy Liverpool can win this season now the team has dropped out of the top four in the Premier League unexpectedly early, and Jurgen Klopp’s side is already in sight of the quarterfinals.

“A lot of people were waiting for us to slip again,” Klopp said. “And tonight the boys didn’t, and I’m really happy for them.”

Salah latched on to a misplaced pass from Marcel Sabitzer back to defender Lukas Klostermann in the 53rd minute, before racing into the area and slotting his finish past former Liverpool goalkeeper Peter Gulacsi.

Only five minutes later, a long ball forward was misjudged by Leipzig defender Nordi Mukiele, allowing Mane to run clean through and dispatch a similarly sharp effort beyond Gulacsi.

The first leg of the teams’ last-16 match was played at the Puskás Aréna in Hungary because of German restrictions on arrivals from Britain amid the pandemic. Aside from its two-goal advantage, Liverpool will have the added benefit of playing the second leg on March 10 at its home stadium, Anfield, albeit without fans allowed.

Klopp struck a defiant mood ahead of the match, insisting he would not be quitting or taking a break despite looking worn down by his team’s dreadful run of results of late. The Reds, who have won just two of their last 10 Premier League games, are now in sixth place and battling just to qualify for next season’s Champions League.

This win, against a team in second place in the Bundesliga and which reached the Champions League semifinals last season, will be a morale-booster, then. Klopp wasn’t getting too carried away, though.

“We cannot build mentality giants in one game,” he said, “but tonight we were good.”

The victory did come with a welcome clean sheet, however, which is a rarity these days for Liverpool’s injury-hit defense that was again being propped up by new signing Ozan Kabak and midfielder Jordan Henderson.

“We just want to keep fighting, every time we play,” said Henderson, Liverpool’s captain. “There’s been a lot of difficult situations throughout the season but we’ve just got to keep going. And tonight was a good step in the right direction for us.”

Leipzig had its chances, not least when Dani Olmo headed against the base of the post in the fifth minute from Angelino’s left-wing cross. Christopher Nkunku, played through on goal early in the second half, also was denied by the outstretched hand of goalkeeper Alisson.

Then, in almost the final action of the game, Hwang Hee-chan was sent in on goal by a pass from U.S. international Tyler Adams, only to clip his shot over the sliding Alisson but beyond the far post.

At the other end Liverpool had threatened early through Salah, whose deft chip was batted away by Gulacsi, and Roberto Firmino, who had a headed goal disallowed because the ball had just run out of play before Mane sent in a cross.

“It was the game we wanted, it was the game we needed,” Klopp said. “Leipzig can be a real monster. The way they overrun teams in the Bundesliga, they’re good at everything. We controlled the game in an exceptional way.”