Report: Messi’s contract worth up to 555 million euros 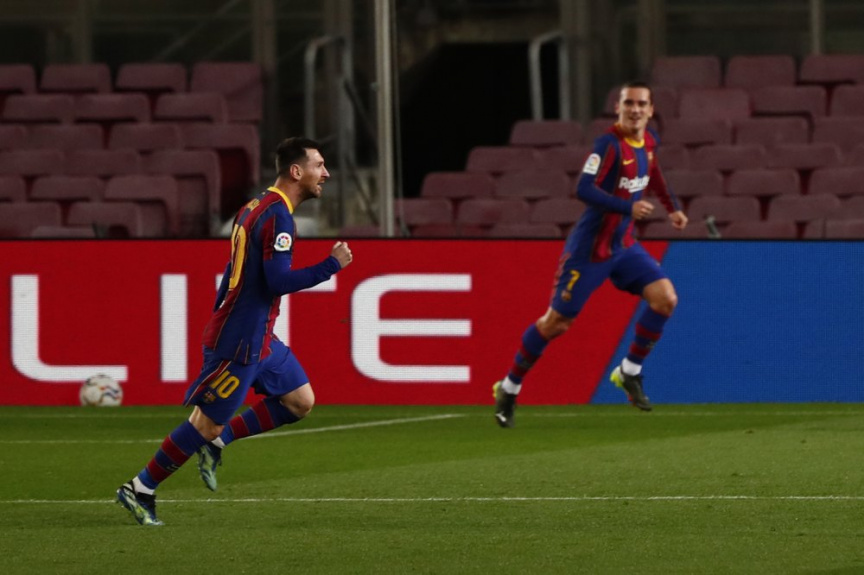 MADRID (AP) — Lionel Messi’s most recent contract with Barcelona is worth up to 555 million euros ($673 million) over four seasons, the El Mundo newspaper reported on Sunday.

The Spanish daily said it had access to the document Messi signed with the Catalan club in 2017, which included fixed incomes and variables that could reach nearly 138 million euros ($167 million) each season. The newspaper said it is the most expensive contract ever agreed with an athlete in any sport.

Messi would have to pay about half of that in taxes in Spain.

The report said the 33-year-old player has already secured more than 510 million euros ($619 million) of the total.

Barcelona denied responsibility for leaking the document and said it would take legal action against the newspaper.

“The club regrets its publication given that it is a private document governed by the principle of confidentiality between the parties,” it said in a statement. “FC Barcelona categorically denies any responsibility for the publication of this document, and will take appropriate legal action against the newspaper El Mundo, for any damage that may be caused as a result of this publication.”

The club expressed its “absolute support for Lionel Messi, especially in the face of any attempt to discredit his image, and to damage his relationship with the entity where he has worked to become the best player in the world and in football history.”

Messi, who did not immediately make any public comments about the report, later Sunday scored a goal in the team’s 2-1 win against Athletic Bilbao in the Spanish league. The result moved the Catalan club into second place for the first time this season, though its gap to leader Atlético Madrid was 10 points.

“We have to try to find out how this got to the press,” Barcelona coach Ronald Koeman said. “If someone from the club leaked this, that person can’t have a future in this club.”

The leak comes as Barcelona tries to manage a huge debt created mostly because of the coronavirus pandemic. The club has been led by a caretaker board since president Josep Bartomeu resigned in October while facing a no-confidence motion. New presidential elections are scheduled for March 7.

“I don’t understand how you can associate Messi with Barcelona’s problems,” Koeman said. “He has been showing his quality as a player for many years and has helped make this club great.”

The newspaper also detailed how Messi rewarded the club over the years, having helped it win more than 30 titles.

Messi has been with Barcelona for nearly two decades but asked to leave at the end of last season after saying he wasn’t happy with the direction the club was taking. His request was denied but he will be able to leave for free when this season ends.

Messi has doubts about playing 2026 World Cup at age 39

Lionel Messi says World Cup in Qatar will be his last