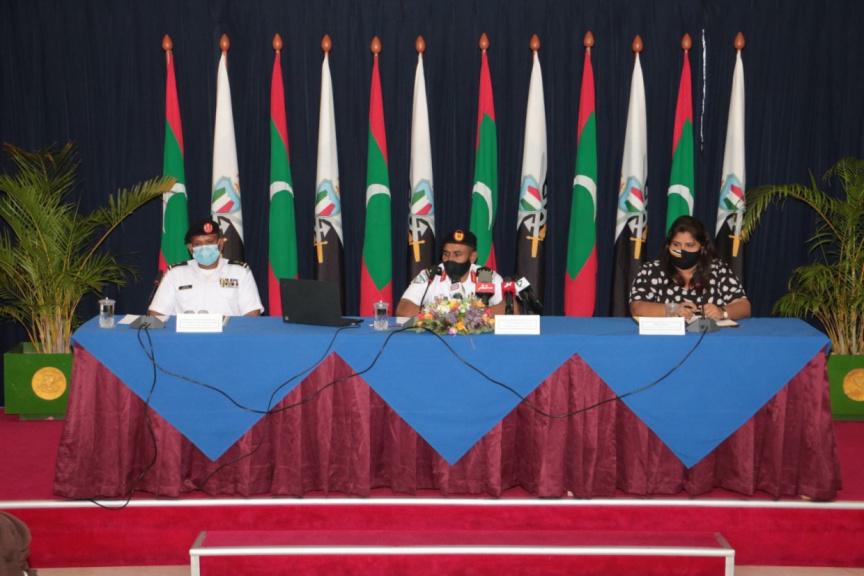 Press conference by MNDF officials regarding a hydrographic survey. (Photo/MNDF)

A hydrography survey has been commenced with India to update the oceanic chart of the Maldives.

The MoU for the survey was signed with India during a visit by Prime Minister Narendra Modi of India.

Maldives National Defense Force (MNDF) Coastguard Commander Colonel Mohamed Saleem, in a press conference today regarding the survey said that it will be conducted in the Northern atolls of the nation. The survey is expected to yield important information regarding the navigation of the seas in the Maldives, according to the Colonel.

“Not from the outer oceans, but travelers face more danger from the inner oceans. We want a chart of how our reefs are formed. The chart will not include any information that is of a threat to national security. The information will mostly consist of regular seafaring travel and information to draw charts for navigation.” Said Colonel Saleem.

India was chosen for the survey because the Hydrographic Office had selected India as the coordinator for the region. The survey will be conducted from today until March 15. Indian navy vessel INS Darshak will be taking part in the survey and has now arrived in the Maldives.

Hydrographic surveys in the Maldives were commenced in 2007 in collaboration with the Indian National Hydrographic Office. MNDF stated that the surveys will help prevent dangers in seafaring and permit insurance claims and broaden the economy.