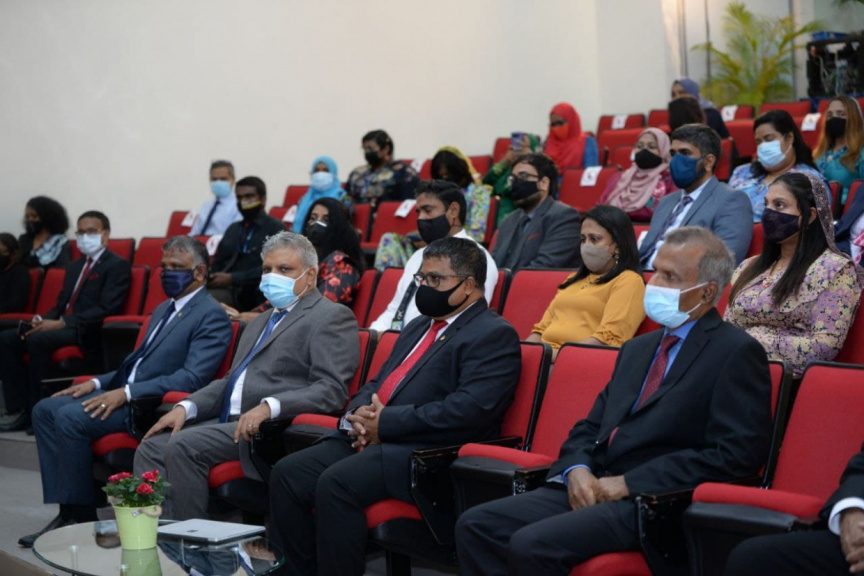 A project has been launched to prevent marine litter in the Lakshadweep Sea which borders Maldives, Sri Lanka and India.

The project – PROMISE – Prevention of Marine Litter in the Lakshadweep Sea – is organized by Maldives National University (MNU) and Parley.

Speaking at the launching ceremony on Tuesday, Environment Minister Dr. Hussain noted that islands in Maldives are formed from corals, and stressed the importance of corals to Maldives’ continued existence.

Dr. Hussain said that the Maldivian people must therefore respect and take care of corals, and named marine litter as the biggest threat to corals.

“We have learned to live with plastics to the extent we cannot live without plastics anymore. Littering has become an issue of such chief concern because of the waste we dump into the sea that do not decompose,” he said.

He stressed on the need to minimize the use of single-use plastic to prevent the erosion of island nations such as the Maldives.