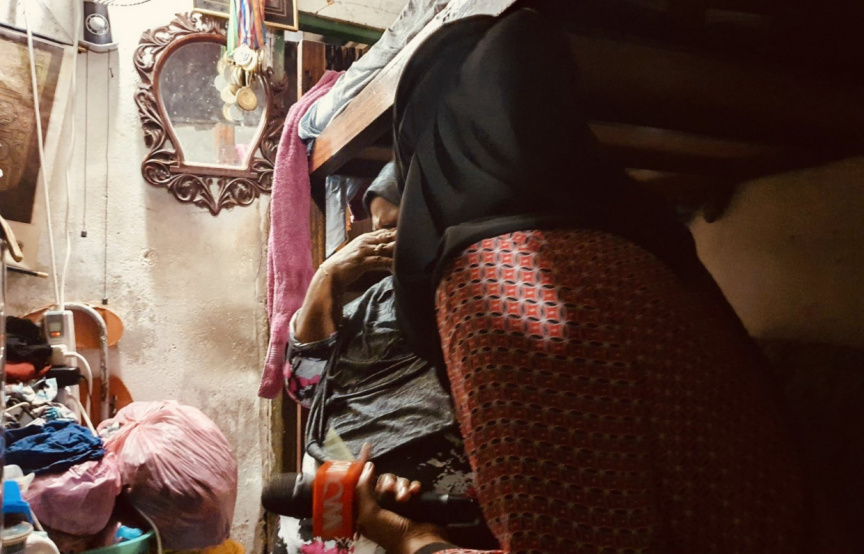 Allegations have been made that employees of state-owned companies and civil servants are being threatened against disclosing photos and videos of their households and living standards.

The association today stated that some employees of state-owned companies were instructed by their superiors against taking part in any program or documentaries which disclose their households and living standards through video footage or photos.

The association also added that most of the documentaries made by the association were of low-level employees of state-owned companies. This led to the fear that they may lose their jobs, and many are now refusing to tell their stories and betrayal of the flats due to fears that their families may lose income. The association advocated for the rights of anyone and everyone to speak about their experiences and spoke against violating these rights.

“Their stories are being brought because their flats were retaken. The stories are not political. They are speaking the truth. We call to halt any threats regarding employment, direct or indirect against the poor.” stated the association.

Midhuam Saeed, the head of the organization also said that landlords were now speaking with tenants against disclosing photos and videos of the households. Midhuam alleged that the Flat Committee was ordered to finalize the list of those awarded with the flats within a week.

Information was received that employees of the Flat Committee were summoned for work day and night to quickly finalize the flat list, said Midhuam. Orders had been received from “higher-ups” to finalize the list “before more stories come to light”, alleged Midhuam.

The Flat Committee overseeing issues related to the Hiyaa flats built in phase 2 of Hulhumale’ has previously stated that the final list of those receiving flats is to be finalized and announced before the end of the month.

Those eligible for the flats include residents of Male’ City, those registered under the Male’ registry, couples between the age of 18 and 41 who are married, people with disabilities, single mothers and fathers, teachers, doctors, and nurses as well as civil servants.