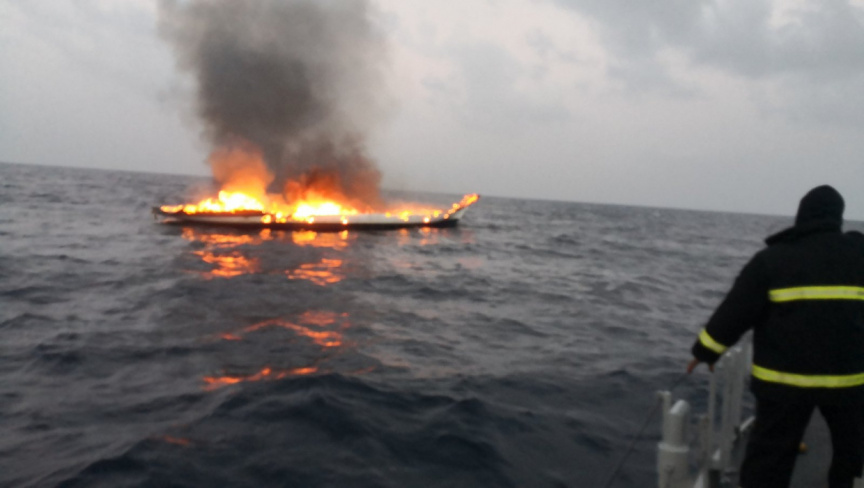 A fire has broken out on a safari traveling from Hulhumale’ to the northern island of H. Dh. Hanimaadhoo.

Maldives National Defense Force (MNDF) stated that no one was hurt in the incident. Information officer of MNDF Maj. Ibrahim Azim stated that the fire onboard the safari named “Nautilus 1” broke out around 3:39 in the morning. The safari was 13 nautical miles away from the island of K. Kaashidhoo when the incident happened.

Azim added that the six crew members of the boat had been rescued by a diving boat. MNDF fire and rescue vessels had attended the scene and worked to douse the fire after reports were received.

“As the fire team was extinguishing the flames, the safari sank around 6:44,” said Azim. The reason for the fire is not yet known.