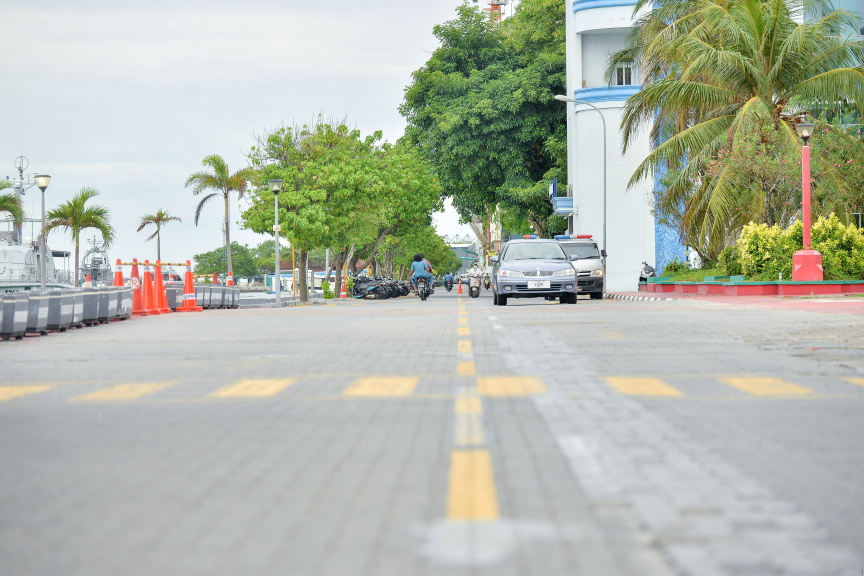 A road of Male' City near the Republic Square is photographed with vehicles of authorized personnel as the city undergoes a nation-wide lockdown. The city was placed under curfew due to the first case of COVID-19 from the city testing positive on April 15, 2020. (Sun Photo/Fayaz Moosa)

Health Protection Agency (HPA) has announced 53 additional cases of COVID-19, increasing confirmed COVID-19 cases in the Maldives to 14,765. The new cases mean that the Maldives currently has 1,025 active cases.

HPA stated that from the new cases, 29 cases were confirmed from the greater Male’ region, with five cases from residential islands outside Male’, and a further 17 cases from operational resorts, one from a liveaboard and one from an island under development.

The agency also added that 44 additional COVID-19 patients were confirmed to have made full recoveries over the last 24 hours, increasing total recoveries to 13,683. There are 74 patients in hospitals.

376,877 samples (including repeated samples) have been tested for COVID-19 to date.

Caseload over the week

A total of 50 COVID-19 patients have died from complications with the latest death reported today.

The Maldives first confirmed a case of the virus in March 2020. The first case in the congested capital Male' City was detected in April. Around two waves of the virus hit the nation in 2020, with the main epicenter being the capital.

The Maldives has officially received the first batch of vaccines against the virus. Health authorities in the nation expect inoculations to commence in the near future.

The first shipment was a gift from India consisting of 100,000 doses of the Covishield vaccine which is the vaccine developed by Astrazeneca and Oxford University.

A further 700,000 doses of the same vaccine are also being purchased by the government which has ensured that the entire eligible population will be inoculated against the virus.

Vaccination now open for all aged above 25