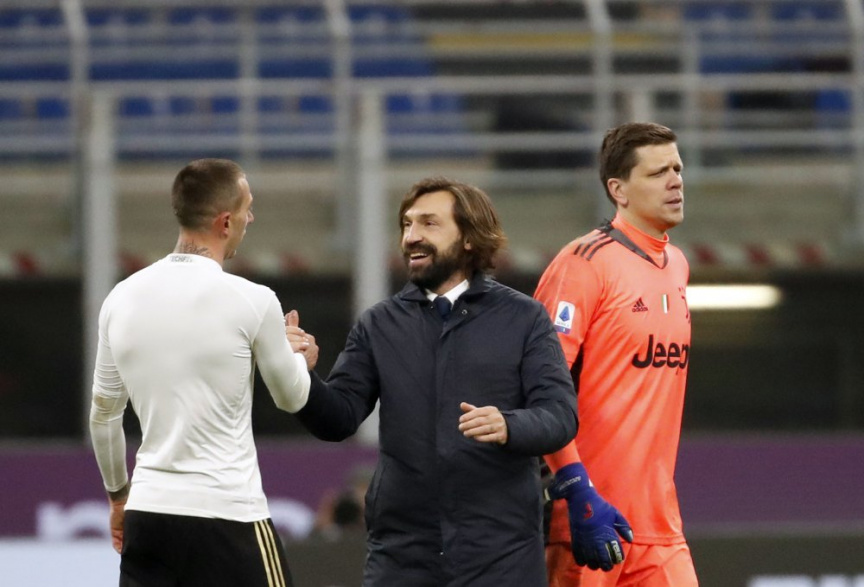 AC Milan’s 27-game unbeaten run in Serie A ended Wednesday with a 3-1 loss to Juventus that gives the defending champion renewed hope of a 10th straight title.

Federico Chiesa scored twice for Juventus with American Weston McKennie adding the third goal as Milan lost in the league for the first time since March, a streak dating back to last season.

“The lads are disappointed but in a way it is good for us to experience the bitter taste of defeat, because it’s been a while,” Milan coach Stefano Pioli said. “I gave them a pat on the back, because when you give your all there shouldn’t be any regrets.”

Davide Calabria had equalized shortly before halftime for Milan, which had been the last unbeaten team in any of Europe’s top five leagues.

Milan still maintained its league lead, a point above city rival Inter Milan, which lost 2-1 at Sampdoria. Juventus moved into fourth, seven points behind Milan with a game in hand. A loss for Juventus would have stretched Milan’s lead to 13 points and left the Turin club’s nine-year stranglehold on the title hanging by a thread.

“It was important to win tonight for ourselves,” said Juventus coach Andrea Pirlo, who played for Milan for 10 seasons. “We didn’t look at the results of the others, we take it game by game and then we’ll see where we are in a few months.

“We had a good game, it was important to play with this spirit, control the game and try to win.”

Both Milan and Juventus had players ruled out with the coronavirus while the home side was also missing several through injury, including key forward Zlatan Ibrahimović.

“Seven players out is a lot for anyone,” Pioli said. “We knew that if there was a team that we could find ourselves in difficulty against, it was Juve. It’s a team that has won nine straight titles, has great players and we held our own.”

Chiesa hit the post before opening the scoring in the 18th minute, stroking Paulo Dybala’s backheeled flick into the bottom left corner following a swift one-two with the Argentine.

Juventus goalkeeper Wojciech Szczęsny was forced into a number of saves before Milan leveled four minutes before the break with a rapid counterattack that ended with Rafael Leão rolling the ball across for Calabria to place into the top right corner.

Chiesa restored Juve’s lead in the 62nd minute but went off seconds later with an injury. His replacement, McKennie, scored in the 76th from close range after good work from Dejan Kulusevski down the right flank.

Both of Sampdoria’s goals were scored by former Inter players to end Inter’s eight-match winning streak.

Antonio Candreva put Sampdoria ahead with a penalty before Keita Baldé Diao finished off a well-worked counterattack before the break.

Stefan de Vrij pulled one back for Inter with a header in the 65th but the visitors’ sorely lacked a fully fit Romelu Lukaku, who came on only for the final half hour as he returns from injury.

Alexis Sanchez had a penalty saved early on by Sampdoria goalkeeper Emil Audero, after which Ashley Young knocked the rebound off the post.

Third-place Roma moved within three points of Inter with a 3-1 win at last-place Crotone before hosting the Nerazzurri on Sunday.

Inter’s only other league loss this season came in mid-October, when it was defeated 2-1 in the Milan derby.

Sassuolo beat relegation-threatened Genoa 2-1 with a late header from Gianluca Raspadori to move into fourth, holding on to the final Champions League spot.

Atalanta remained one point further back after defeating Parma 3-0 with goals from Luis Muriel, Duvan Zapata and Robin Gosens to move level on points with Napoli, which lost 2-1 at home to promoted Spezia.

Spezia fought back from a goal down and Tommaso Pobega scored the winner despite his side having been reduced to 10 men following a second yellow card for defender Ardian Ismajli.

Inter goes top of Serie A with 4-0 win