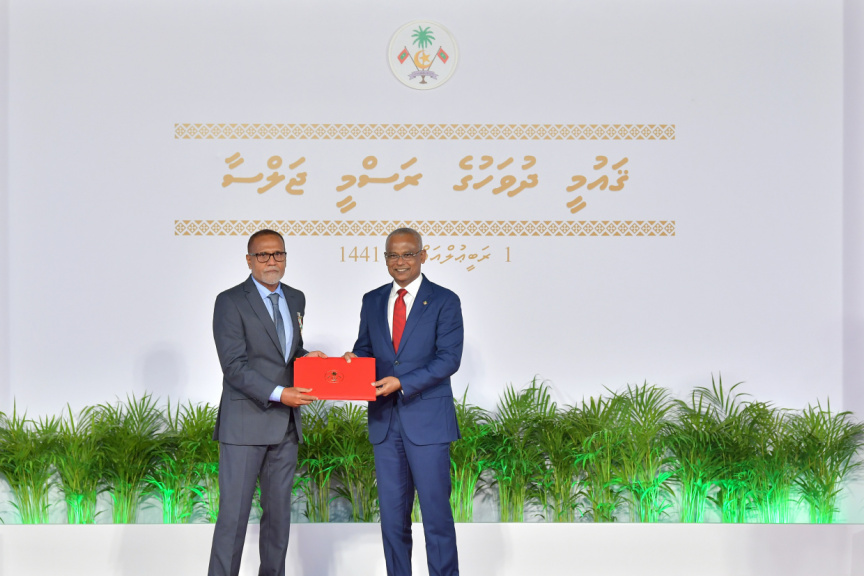 The President's Office has revealed details related to the winners of this year's National Awards.

The winners were selected by the National Awards Committee, established by the President for the task.

Moreover, 20 individuals will receive the President's National Award for Special Achievement this year. The recipients of these awards were selected by the Specials Achievement Awards Committee, also established by the President for the task.

The awards and honors will be presented to the recipients by the President tomorrow, during a special function to commemorate this year's National Unity Day, at Republic Square in Malé City.

President Solih will also address the nation during the ceremony. Home Minister Imran Abdulla is also scheduled to speak regarding National Unity Day.

The ceremony will also include a moment of silence in remembrance of those who were lost or had lost their lives in the 2004 tsunami disaster.