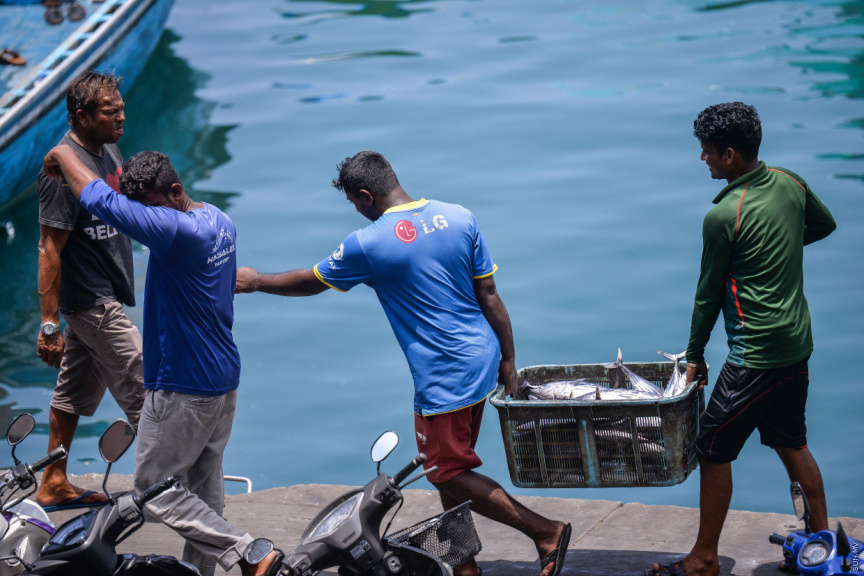 Maldives Industrial Fisheries Company (MIFCO) has stated that the concerns expressed by fishermen would be resolved with projects planned for next year.

Fishermen have gathered near Lh. Felivaru today to protest against a number of issues faced by them including difficulties in obtaining ice and the price of fish collected. One of the demands by fishermen was for MIFCO to take over the island of Sh. Keekimini and develop the location for fish collection.

Managing Director of MIFCO Ismail Fauzy, speaking with Sun regarding the protests and demands, said that MIFCO was currently purchasing fish at a better rate than the market price.

“The fishermen are demanding to purchase fish at a minimum price of MVR 20. MIFCO was not taking into account the market price of fish worldwide when we made purchases previously. We are providing fishermen with a better price than the companies we sell the products to.” Said Fauzy.

Currently, there are two ice plants in Felivaru and Fauzy said that projects to be run included as third ice plant of 100 tons.

He noted that Felivaru had no storage for fish and that MIFCO was forced to transport fish to other locations.

“We transport the catch to storages after freezing. Two boats at Felivaru can freeze 90 tons of fish. Due to the lack of a storage at Felivaru, the catch is transported to Kooddoo which is a trip of 36 hours.” Sadi Fauzy.

He said that due to the long trip, the company had rented a collection facility in Sh. Keekimini for a temporary reprieve.

“After storing the fish at Keekimini, storage is freed up at MIFCO facilities. Around 1500 tons of fish can be stored at Keekimini.” Said Fauzy.

Responding to the calls by fishermen about Keekimini, Fauzy said that he could not comment on it because Keekimini was leased to a private party. He did, however, promise that concerns by the fishermen would be addressed with projects to be started within two months.