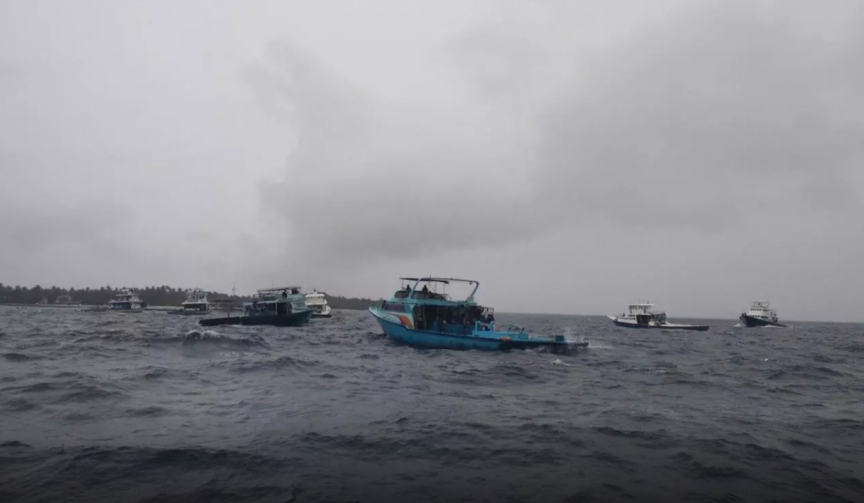 A number of fishing vessels have been gathered near Lh. Felivaru to protest against issues faced by fishermen.

Around 20 vessels were gathered near the island, where a fishing factory of MIFCO is located. Fishermen taking part in the protest say that they are protesting over prolonged issues faced by fishermen that have not been resolved.

Demands by the fishermen include setting the right price for fish, easements in obtaining ice from Felivaru, and MIFCO taking over the island of Sh. Keekimini for use. The fishermen have also called for easements in the collection of fish at Felivaru.

The fishermen who are protesting in heavy rains have stated that their biggest demand was to meet with President Ibrahim Mohamed Solih.

President Solih only recently visited the island of Felivaru where he met with fishermen on the island. The President had vowed to resolve issues faced by fishermen and stated that the government was working for the goal.

Fishermen even protested in the southern island of Kooddoo for overdue payments in August as well.