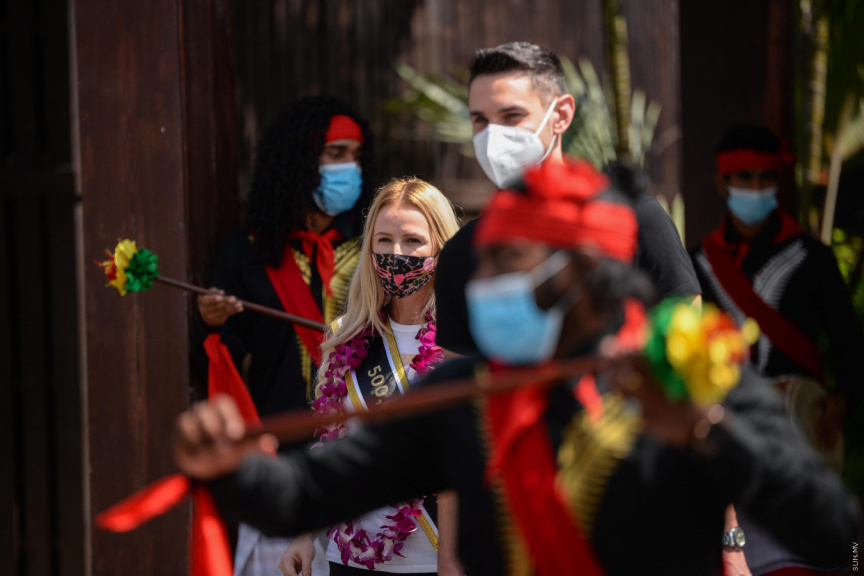 The 500,000th tourist arrivals to the Maldives in 2020, a German national is photographed at Velana International Airport.

The Tourism Ministry has stated that more than 5,600 tourists were recorded as arrivals to the Maldives yesterday.

The Ministry said that yesterday was yet another record-breaking day in terms of tourist arrivals to the Maldives since the nation reopened its borders.

The Maldives recorded a total of 5,674 tourists yesterday alone. This is the highest number of arrivals in a single day since the border reopening in July.

The Maldives closed its borders on March 27, due to COVID-19 and only reopened them in mid-July. Tourist numbers have been observed steadily increasing since then.

Some industry stakeholders have even stated that tourist establishments could be overbooked within the next few days.

The Tourism Ministry estimates that around 40,000tourists could be received in the remainder of 2020.

The highest number of tourist arrivals since the border reopening are from:

Currently, there are 139 resorts/marinas, ten hotels, 130 safaris, and 188 guesthouses in operation across the nation. This a total of 467 establishments.