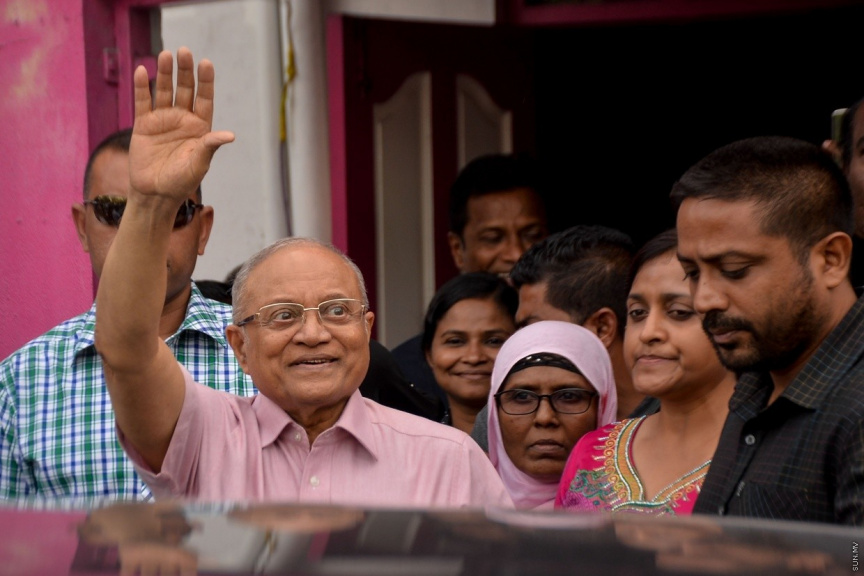 Former President of the Maldives Maumoon Abdul Gayoom has clarified his stand over his objections against burying Sri Lankan Muslim COVID-19 victims in the Maldives due to the mandatory cremation policy of Sri Lanka.

Maumoon said today that the government was not obligated under the religion to bury the victims of COVID-19 from Sri Lanka.

Maumoon is on the opposing side of many religious scholars in the Maldives are expressing support for the burial of Sri Lankan Muslim victims of COVID-19 in the Maldives.

The Sri Lankan government policy mandates that the bodies of those who pass away from the virus are to be cremated, not buried, which goes against Islamic customs. The issue has caused discontent among the Muslim community of Sri Lanka and even seen protests. Sri Lanka then requested the assistance of the Maldives in the matter to which the government of Maldives responded positively and are currently working to make arrangements.

Maumoon tweeted last night disapproving the move. He stated that he could not support the burial of Sri Lankan Muslim victims who fall to the virus in the Maldives.

Maumoon defended his stand again today by saying that the government was not obligated to do so and by making arrangements to do so, would be to support the mistreatment of Muslims by the Sri Lankan government.

The issue has also caused division among the public.

Record no. of international arrivals to Maldives