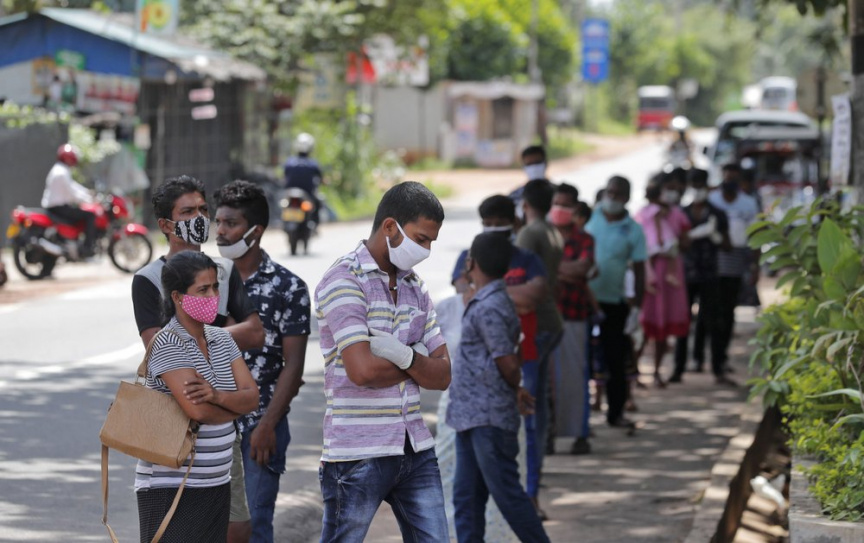 Sri Lankans wait to give swab samples to test for COVID-19 outside a hospital in Minuwangoda, Sri Lanka, Tuesday, Oct. 6, 2020. (AP Photo/Eranga Jayawardena)

The Maldivian Foreign Ministry has confirmed that it is working to arrange the burial of Muslims who passed away due to COVID-19 in Sri Lanka.

Maldivian Foreign Ministry stated that the Sri Lankan President Gotabaya Rajapaksa had sent a letter to Maldivian President Ibrahim Mohamed Solih requesting for assistance in the burial of Muslims who passed away due to the virus in the nation.

President Gotabaya noted that Sri Lanka was facing difficulties in burying the victims of COVID-19 in accordance with Islamic custom and laws.

President Solih is now in discussions with state institutions over how the Maldives can assist neighboring Sri Lanka and the Muslim brothers of the nation. The President was also working mindfully of the age-old close relationship the Maldives has with Sri Lanka in this regard.

“The Maldives has stepped in to facilitate this process because they are broken up into islands and do not face the same issue as us. The Maldives Government has offered to bury the dead bodies in one of their islands. The Health Ministry will prepare its guidelines and hand over to the Foreign Ministry so that they can respond officially,” Dr. Herath said to the Sri Lankan news outlet.

The Sri Lankan government has maintained the policy that the bodies of those who pass away from the virus will have to be cremated, not buried, which goes against Islamic customs. The issue has caused discontent among the Muslim community of Sri Lanka and even seen protests.