Maldives calls for international assistance for SIDS to overcome pandemic 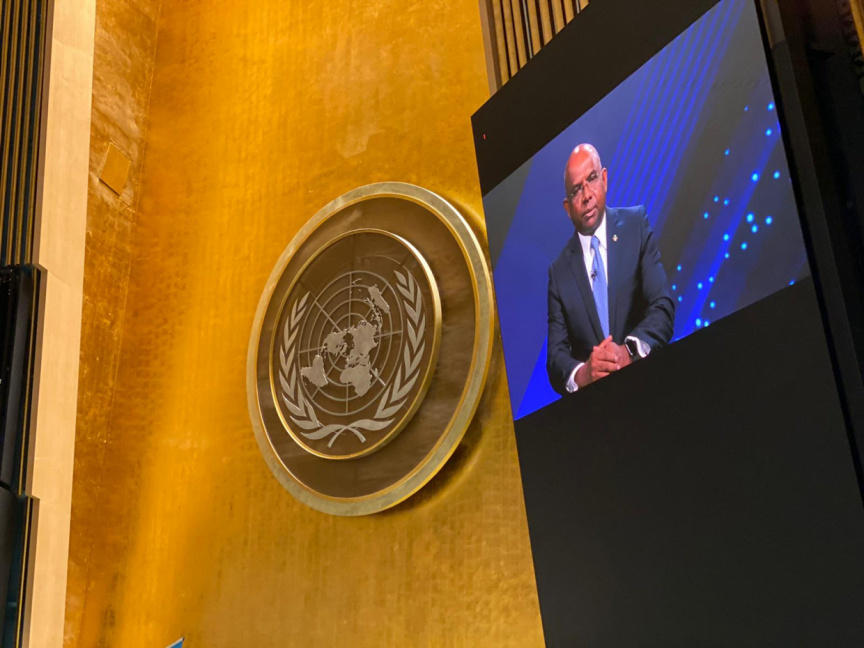 The Maldivian Foreign Minister Abdulla Shahid has called for assistance from the international community to be extended to small developing island nations to over the impact of the COVID-19 pandemic.

The Minister was speaking in a virtual event held today to mark the 30-year anniversary of the formation of the Alliance of Small Island States (AOSIS), when he called on the assistance of the international community to be extended to small developing island nations reeling back from the pandemic.

Belize presided over the meeting which saw discussions range from current work underway by AOSIS as well as future planned work.

“We must solicit support for a “SIDS Compact” that entails specific financial instruments in the short, medium and long term to help SIDS meet the ongoing challenges of the pandemic, service their debt, and increase their limited fiscal space.” Said Minister Shahid during his speech.

The Minister said that the pandemic should not halt the momentum on climate action and that AOSIS must stand united in responding to the call for a green recovery from the pandemic, and the adoption of proposed climate actions to shape economic recovery.

The Minister, in his speech, also recalled when fourteen small States gathered in the Maldives for the first-ever small states conference on the rise of sea-level where the nations declared their intent to work, collaborate and seek international cooperation to protect the low lying small coastal and island states of the world from the dangers posed by climate change, global warming and sea-level rise in 1990. The AOSIS was formed in the second World Climate Conference held in Switzerland the same year.

AOSIS carries out important roles in the development of small island nations. The Maldives has remained as a member ever since its formation and lead the organization from 2015 to 2018.