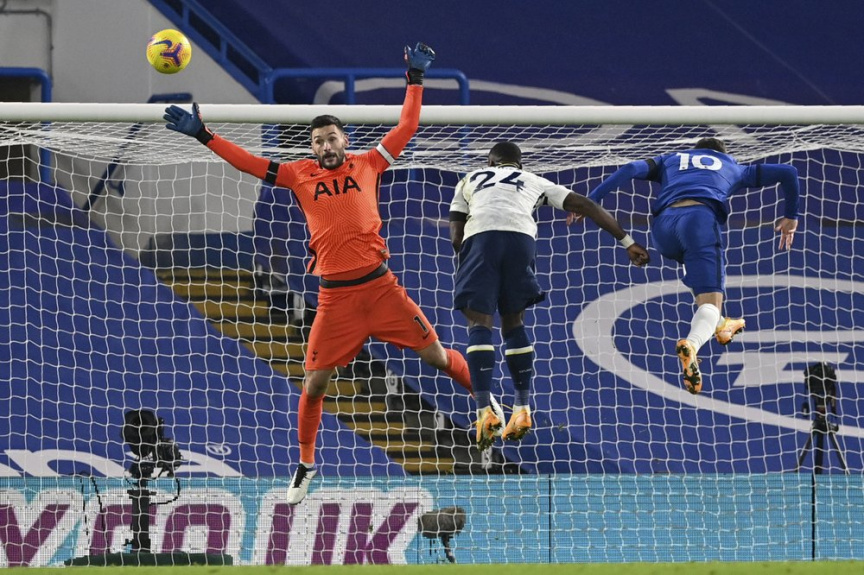 LONDON (AP) — Tottenham ground out a 0-0 draw at Chelsea on Sunday to return to the top spot with an ultra-defensive display from Jose Mourinho’s side frustrating the Premier League’s joint top scorers.

At a stadium where it has won only once in 30 years, Tottenham had just a single shot on target but halted Chelsea’s six-match winning run in all competitions.

“We are not happy and that for me is fantastic,” Mourinho said. “It is a complete change of mentality, of personality.”

The point leaves Tottenham ahead of Liverpool on goal difference, while Chelsea is two points further back in third.

Mourinho, who won three Premier League titles with Chelsea, has put a club that hasn’t won the championship since 1961 into early contention.

That’s not how Mourinho sees it.

“We are not even in the race,” Mourinho said. “We are just a pony.”

An attritional game managed to deliver chances for both teams to win in stoppage time.

Chelsea striker Olivier Giroud nipped in when Joe Rodon, on his first start for Tottenham, headed back to goalkeeper Hugo Lloris but his shot was easily saved.

“They are very good opposition and I knew I was going to be in for a tough night,” Rodon said. “I got away with two mistakes but I’ll learn from it and come back strong.”

And Giovani Lo Celso wasted a late Tottenham counterattack after being released by Lucas Moura, striking wide of the target rather than setting up Harry Kane.

“We almost gifted them one at the end,” said Chelsea manager Frank Lampard, who won titles under Mourinho at the west London club.

It was the last game at Stamford Bridge without fans before the relaxation of coronavirus restrictions are due to see up to 2,000 spectators allowed in for Chelsea’s home game against Leeds on Saturday, having been locked out since March.