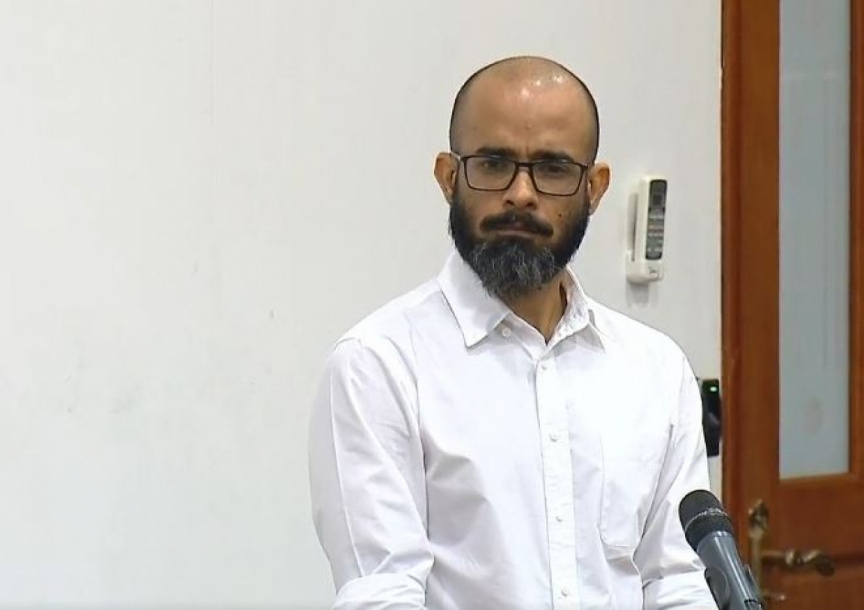 Maldives Marketing and Public Relations Corporation (MMPRC)’s former managing director Abdulla Ziyath has agreed to plead guilty to 32 charges, and has withdrawn the appeal petition lodged with the Supreme Court under a plea deal with the State.

Ziyath is serving an eight-year sentence for embezzling public funds for the lease of Lh. Maabinhura. He lost the appeal over the conviction at the High Court, and later lodged an appeal with the Supreme Court.

However, he has now sent a letter to the Supreme Court to withdraw the appeal petition, under a plea deal with the Prosecutor General’s Office.

A procedural hearing was held at the Supreme Court over the request on Monday morning. The bench looking into the case is composed of Justice Dr. Mohamed Ibrahim, Justice Dr. Azmiralda Zahir, and Judge Ali Rasheed Hussain.

Speaking at the hearing, Ziyath said that as he mentioned in his letter, he made the decision to withdraw the petition in light of a plea deal he has made with the Prosecutor General’s Office.

The justices asked him whether he made the decision under any form of duress, to which he responded that he did not make the decision in face of any coercion or influence.

The justices next asked the State whether it wishes to contest the request, to which the State prosecutor said the State has no objection to the withdrawal of the petition.

Explaining Ziyath’s decision, the State prosecutor said Ziyath has agreed to plead guilty to 32 charges filed against him with the Criminal Court under the plea deal.

The State prosecutor said that given the 32 charges in question, as well as the Maabinhura case are connected to the MMPRC graft case, both the State and Ziyath are in agreement that contesting the Maabinhura conviction with the Supreme Court while confessing to the other 32 charges at the Criminal Court will prove contradictory in nature.

After the State prosecutor presented her statement, Justice Dr. Mohamed Ibrahim announced that the court will deliver paperwork to both the State and Ziyath regarding the withdrawal of the petition, and concluded the hearing.

Though Ziyath was sentenced to eight years in prison in the Maabinhura case, he is currently serving his sentence under house arrest.